Return of the Menin Gate Lions to Ieper

Edited version of article in DIGGER 59 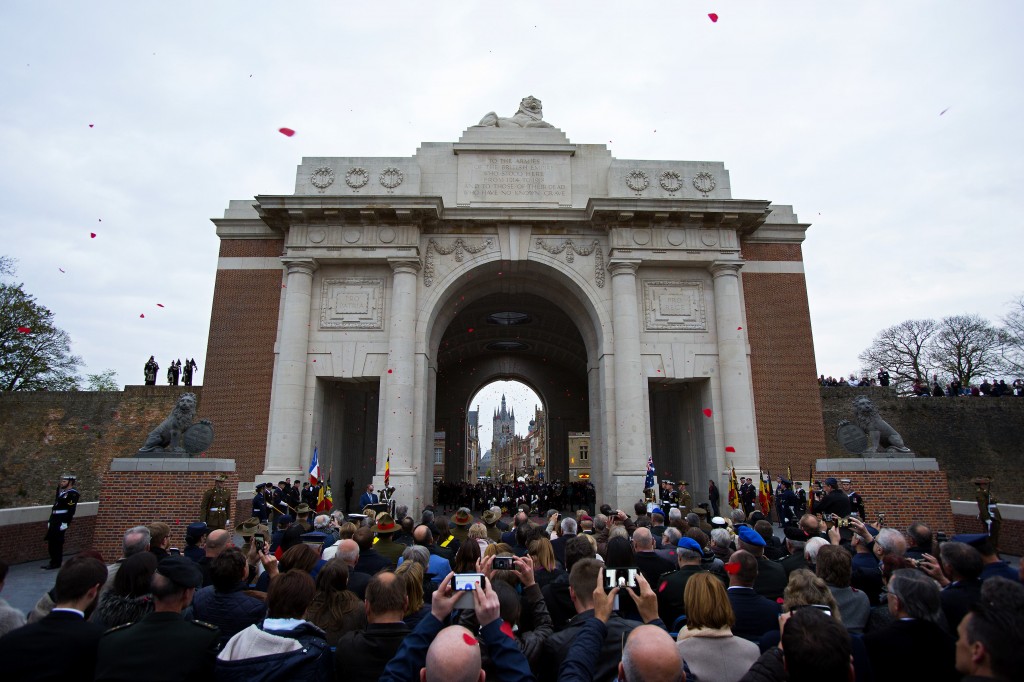 Return of the Menin Gate Lions to Ieper
Click on the image and zoom in to see greater detail. [Photo from Defence Image Library]

‘It was wonderful to see the lions back on the place where they [had] been for so many years’  [Johan Durnez]. Long-time FFFAIF member, Belgian teacher Johan Durnez, has written a report on an important event held at Ieper in April. Any members who have visited the Western Front would have likely paid their respects at the nightly ceremony held at Menin Gate, which commemorates 54 900 men who lost their lives in the Ypres Salient and who have no known grave. Those who have not had this experience, but who have visited the Australian War Memorial in Canberra, would have paused to inspect the two guardian lions which sat inside the front entrance of the memorial. Recent visitors to the AWM may have noticed that the lions seem to have disappeared. Johan tells the story of the return of the lions to Ieper:

The Menin Gate, as we know it, was only built in 1927. The gate was originally erected in the 1660s and was the entrance to the city through the ramparts. The two lions were carved from sandstone sometime around 1822, and initially stood at the front door of the Cloth Hall. Later, they were moved to stand on either side of the thirteen metre wide road.  It  was through  this  gate  that  thousands  of  British  and Commonwealth soldiers passed on the way to war in the Ypres Sector from 1914 to 1918.

During the Great War, the city was extensively damaged by shell fire. The lions were not immune and fell from their brick plinths. It was reported that one had lost its right foreleg and was chipped along its back.  The other was much more extensively damaged and all that remained was a damaged head and a trunk down to just below its ribcage. Then they disappeared for some years. Somehow they had survived and, in 1936, the Mayor of Ypres donated the two lions to the Australian Memorial as a gesture of friendship.

In 1985, it was decided by the AWM to restore them; this took six years. The lions were then returned to their familiar places. In 2014, they were lent to the Canadian War Museum in Ottawa and returned nine months later.

Johan’s photo shows two covered plinths prior to their unveiling. 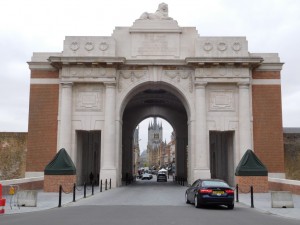 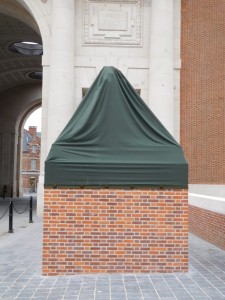 The lions were unveiled in their original positions on 24 April, and will be on display until 11 November, after which they will be returned to Canberra. 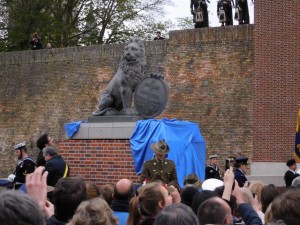 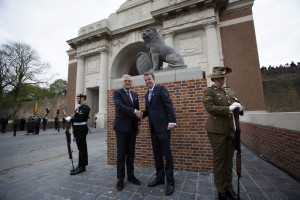 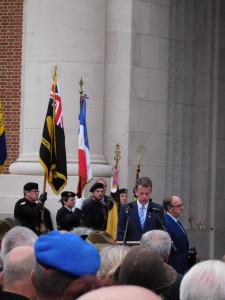 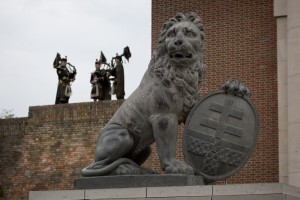 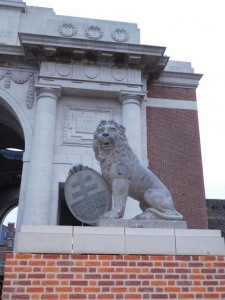 FFFAIF were represented by two of our dedicated Belgian members, Anny De Decker and Marie Claire Sinnaeve [widow of Ivan aka ‘Shrapnel Charlie’], who arrived two hours early to get a good ‘possy’ at both the unveiling service and the Anzac Day service the next day. 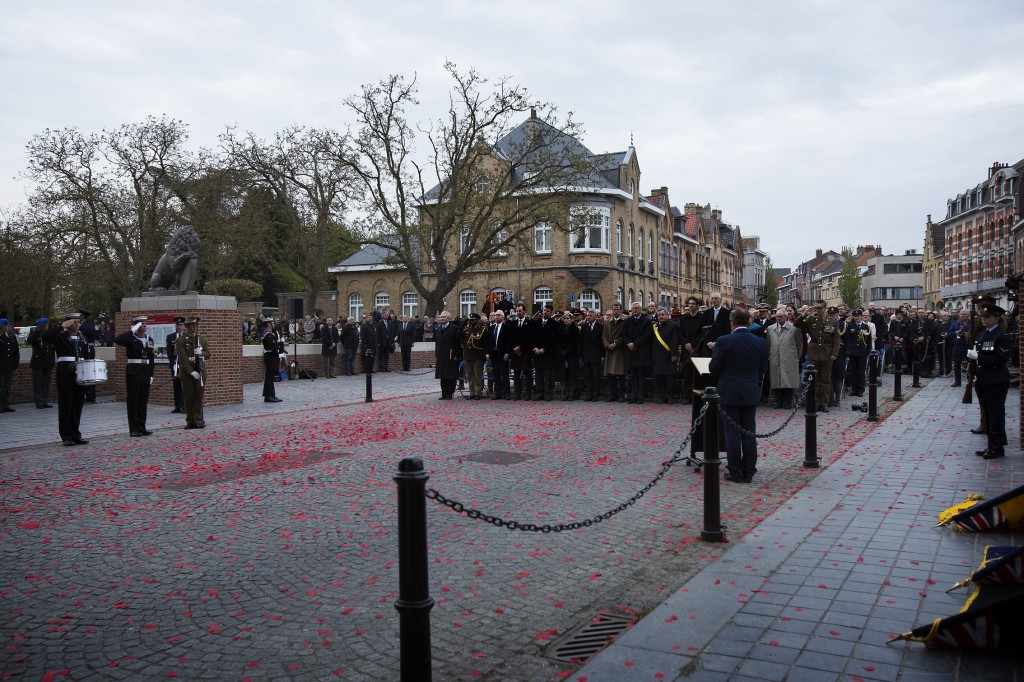 Returned Lions, poppies and dignitaries at the Menin Gate
Another great image to click on and zoom in for the detail [Photo: Defence Image Gallery]

The photos were taken by Anny de Decker at the unveiling service on 24 April, 2017 and supplemented with photos from the Defence Image Gallery.

More images can be seen at https://images.defence.gov.au/assets/archives/5003.

As there are thousands of photos, search for the photos taken on 24 April 2017 by searching for “20170424”. Photos of Tyne Cot and the Belgium Dawn Service may also be viewed.

This entry was posted in Commemorations, DIGGER Magazine, Ieper/Ypres, The Western Front. Bookmark the permalink.