The Families and Friends of the First AIF has brought its vast collection of Australian DIGGER stories on-line for its Members.

All 69 editions of DIGGER published from October 2002 are now available for reading on-line or downloading to FFFAIF Members. Comprising more than 3,750 pages of Australian DIGGER stories, the focus is on the stories of individual soldiers, the majority of which were published for the first time in DIGGER and provided by FFFAIF members.

By browsing the “wall” of cover images under the DIGGER drop down menu, individual issues may be selected and the Table of Contents viewed.
To assist in locating stories, the Tables of Contents have been consolidated and are able to be searched using the web-site Search feature or can be downloaded and searched.
Researchers and those interested in soldier stories of the Great War will be able to search for individual soldiers, places and battles.

FFFAIF Members are able to access the full back catalogue of Australian DIGGER stories on-line, free of charge.
Non-members have the opportunity to purchase casual copies of DIGGER or apply for FFFAIF Membership to gain access to the pass-word protected Members-only area of the website. To assist in locating references to individual soldiers and their units, comprehensive indexes are available in the Members Area.

FFFAIF Members and the DIGGER team, in the back catalogue of Australian DIGGER stories on-line, have built a “national resource”.  There are stories relating to thousands of members of the First AIF, now available on-line and free of charge to Members. There are many stories yet to be told and Members and other researchers are invited to submit stories for publication to editor@fffaif.org.au.

Acknowledgements and credits for the DIGGER Team:

The Contributors, mostly FFFAIF members, who have told or shared their stories or items of interest.
FFFAIF Secretary Graeme Hosken has edited issues 9-65. Inaugural President Craig Laffin edited issues 1-8.
Past President Russell Curley has been the proof-reader for all issues and compiled the Index for issues 1-24. Geoff Lewis has compiled the Indexes for issues 25-65. Kelly Henderson has developed the consolidated index.
Aaron and the team at the Colour Copy Shop at Dubbo have printed issues 22 to 65. Former Membership Secretary Alan Kitchen printed earlier issues. Past Committee Member Trevor Munro has assisted in packaging and distribution of DIGGER.
FFFAIF’s former Web-Manager Chris Bartolo set up many of the web postings for issues 1-49 and Past President Russell Curley and President Jim Munro have extended these. 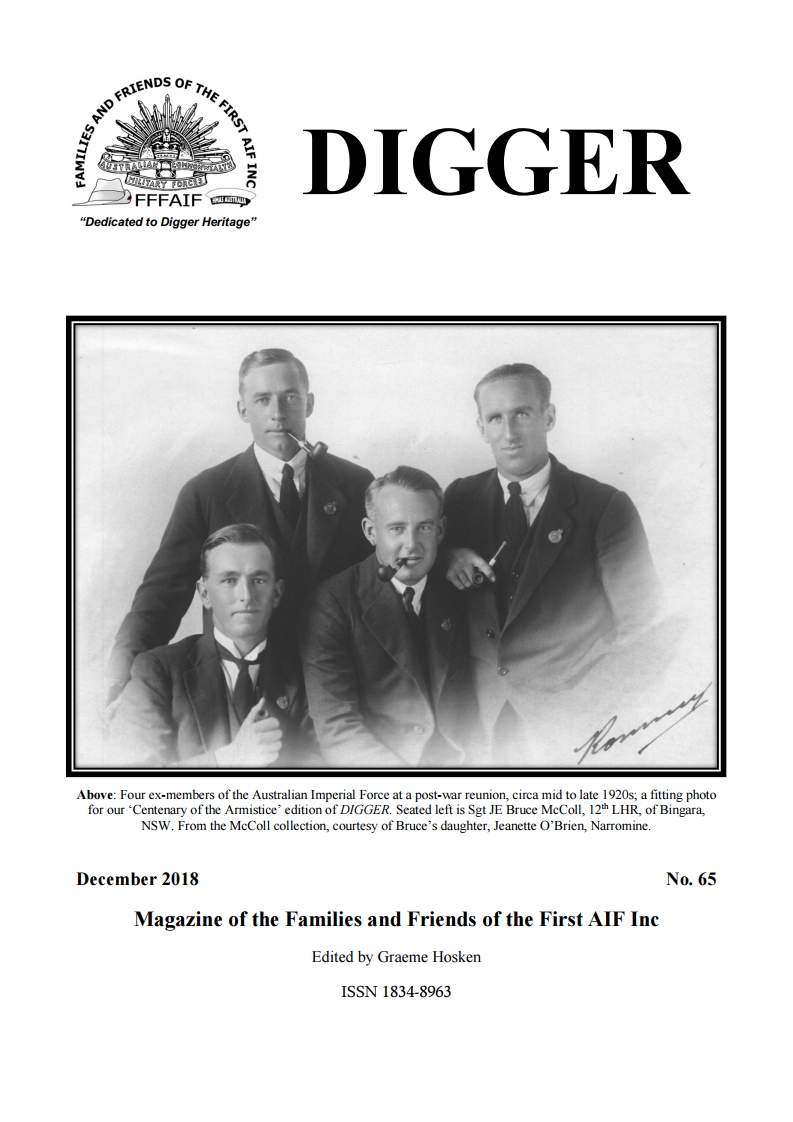 Posted in DIGGER Magazine | Comments Off on DIGGER 65 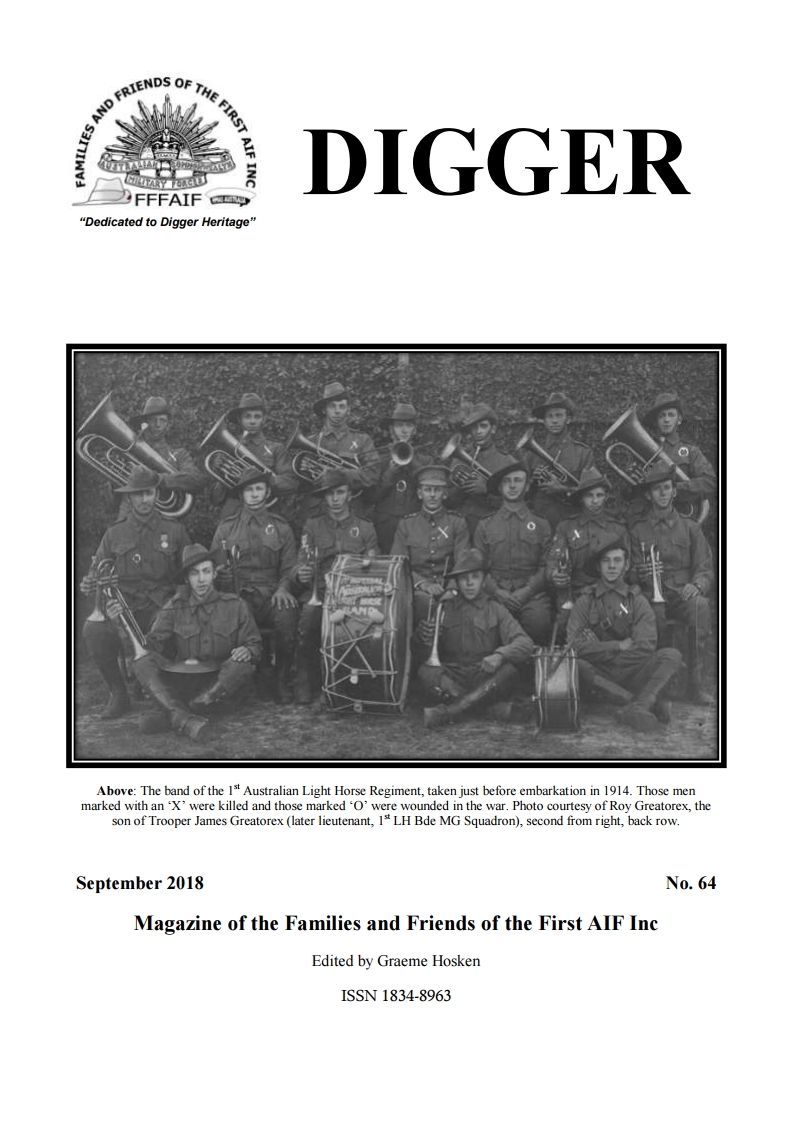 Posted in DIGGER Magazine | Comments Off on DIGGER 64 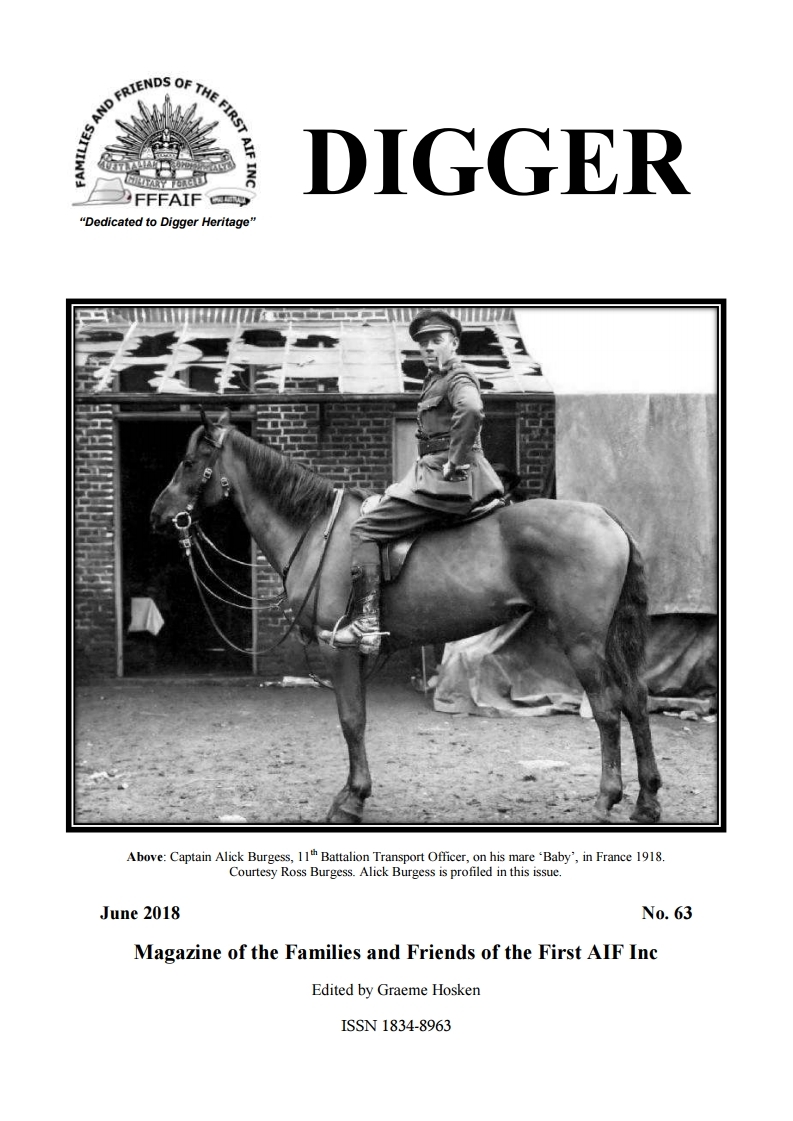 Posted in DIGGER Magazine | Comments Off on DIGGER 63 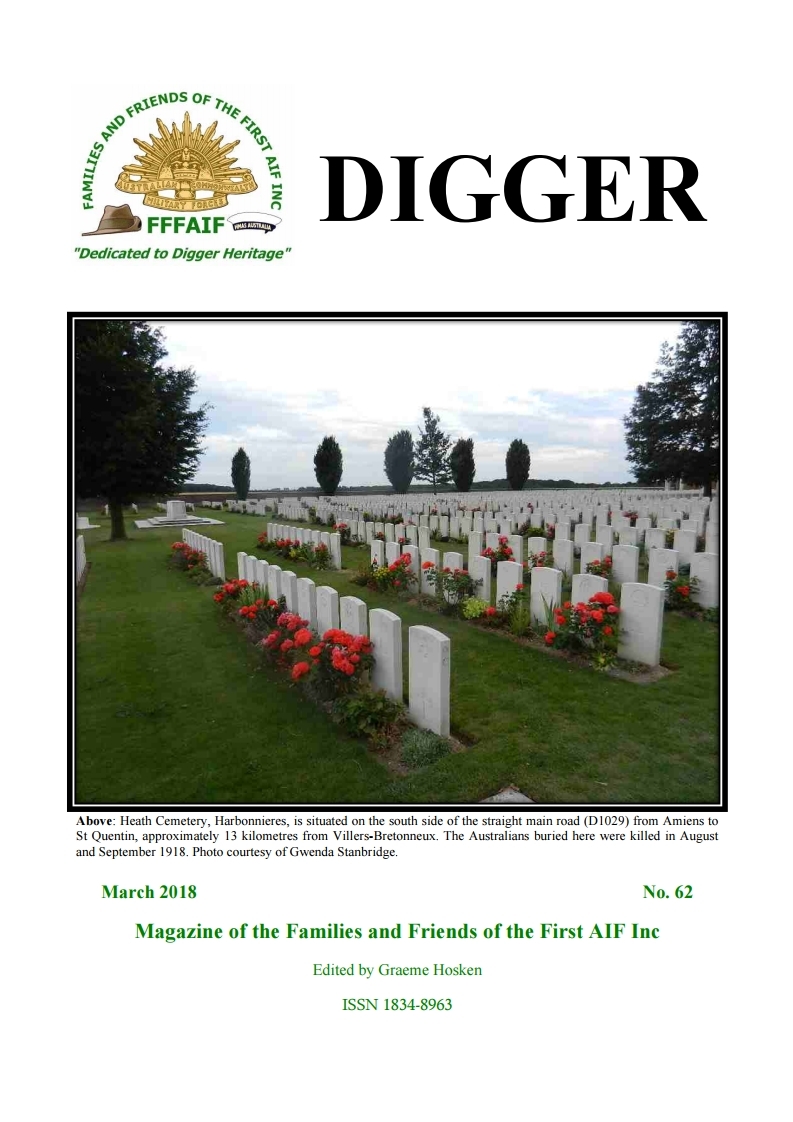 Posted in DIGGER Magazine | Comments Off on DIGGER 62 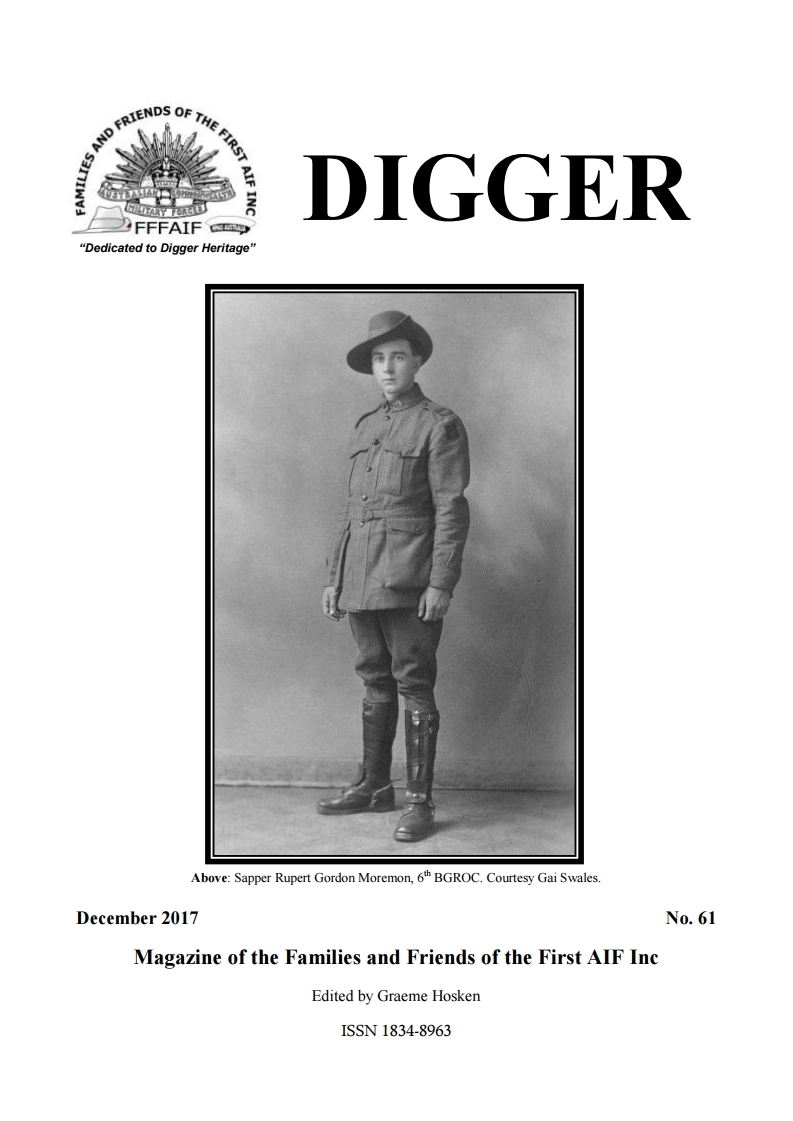 Posted in DIGGER Magazine | Comments Off on DIGGER 61 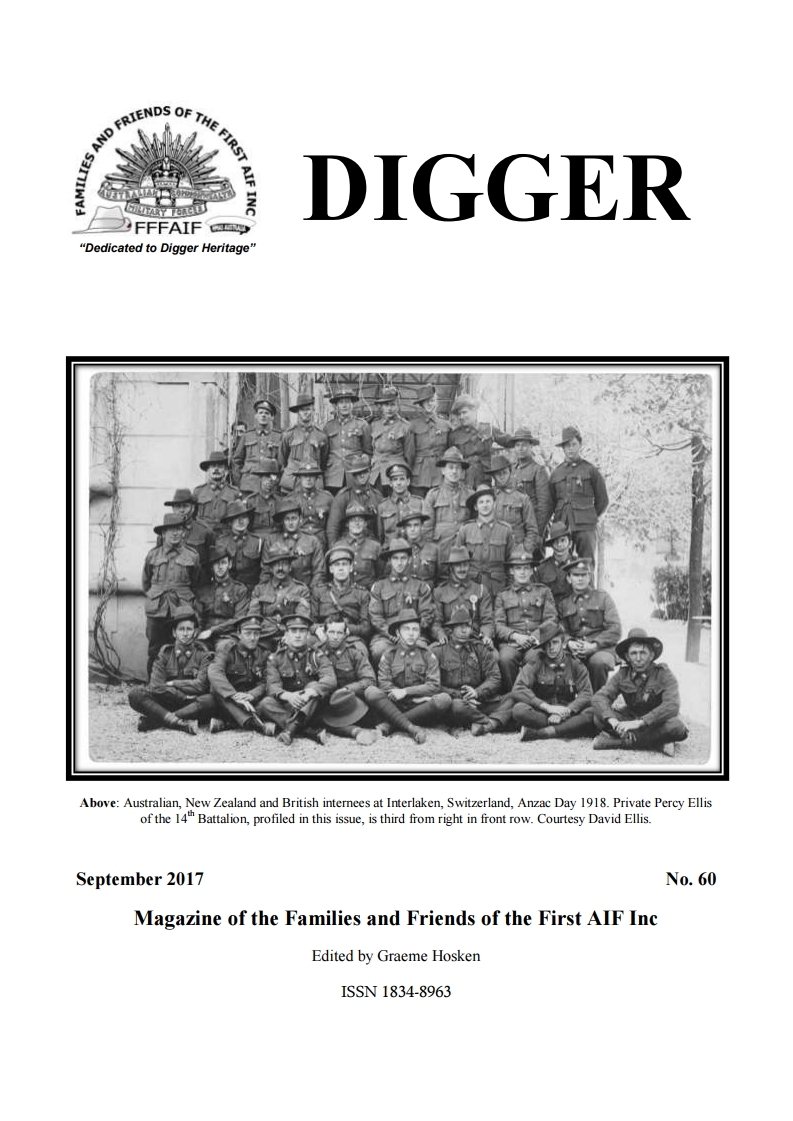 Posted in DIGGER Magazine | Comments Off on DIGGER 60 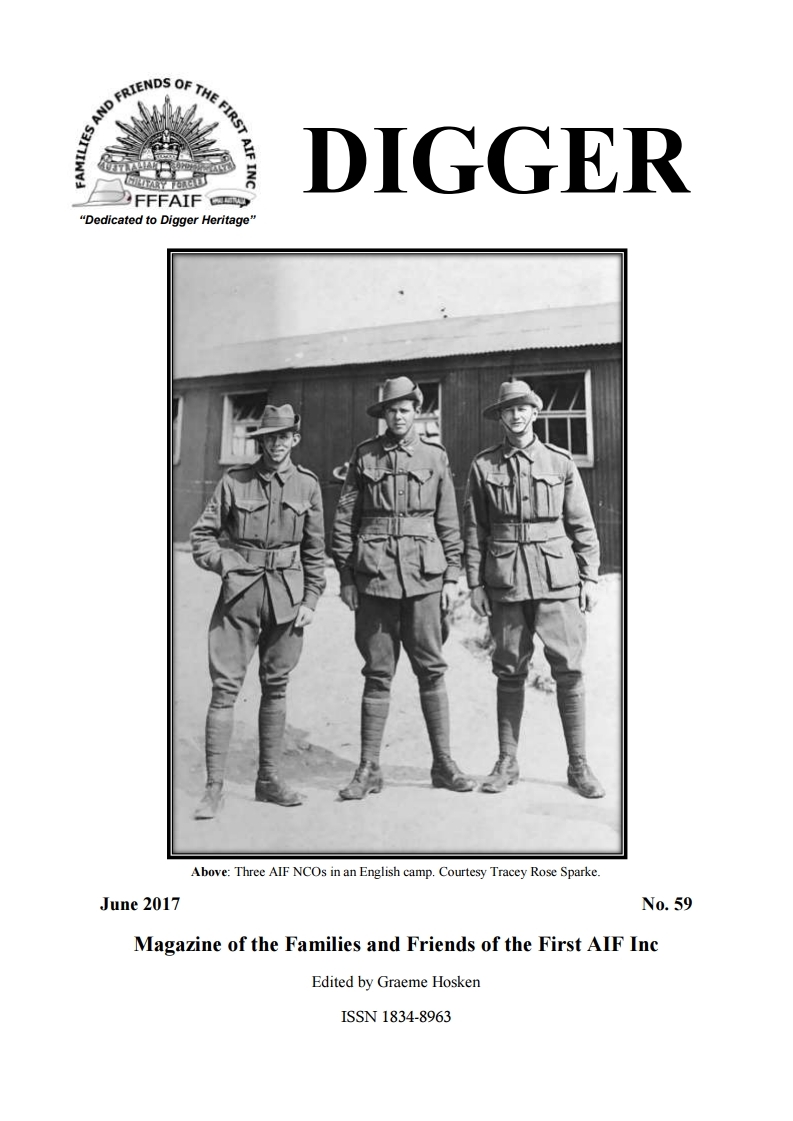 The 20th Battalion and the Evacuation from Gallipoli, Neville Browning 3-7

Swift father and son killed in the war, Stephen Brooks 60

Note: There is no DIGGER Quiz in this issue

Posted in DIGGER Magazine | Comments Off on DIGGER 59 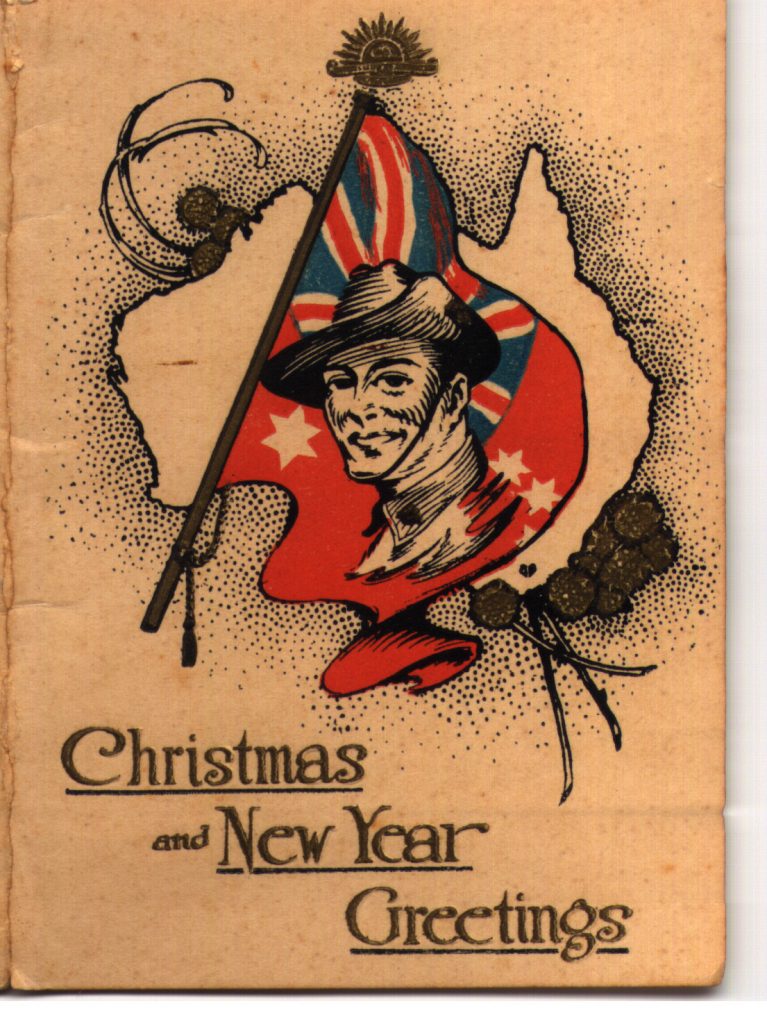 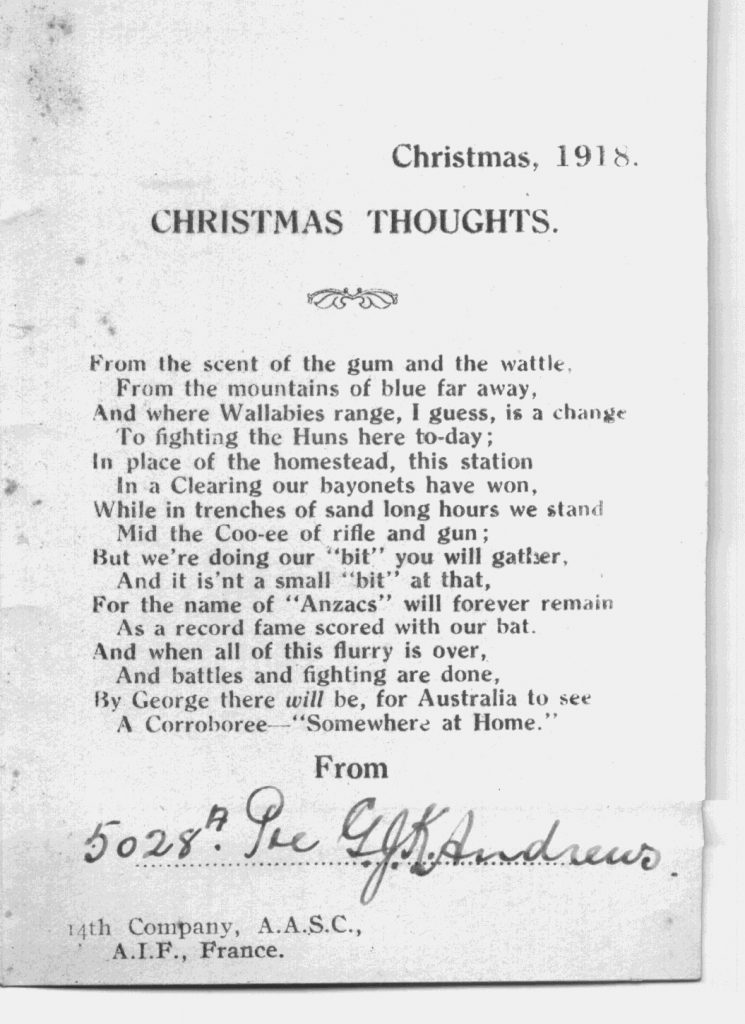 Major milestone for The Headstone Project

The last of the 316 previously unmarked graves of returned Diggers buried in the Cornelian Bay Cemetery in Hobart will have their headstones dedicated in a graveside service on Saturday 15 December. After 6 years of researching, finding families, planning, fundraising, organising and co-ordinating, The Headstones Project Sub-Committee of FFFAIF, established in 2012, has completed its initial task. 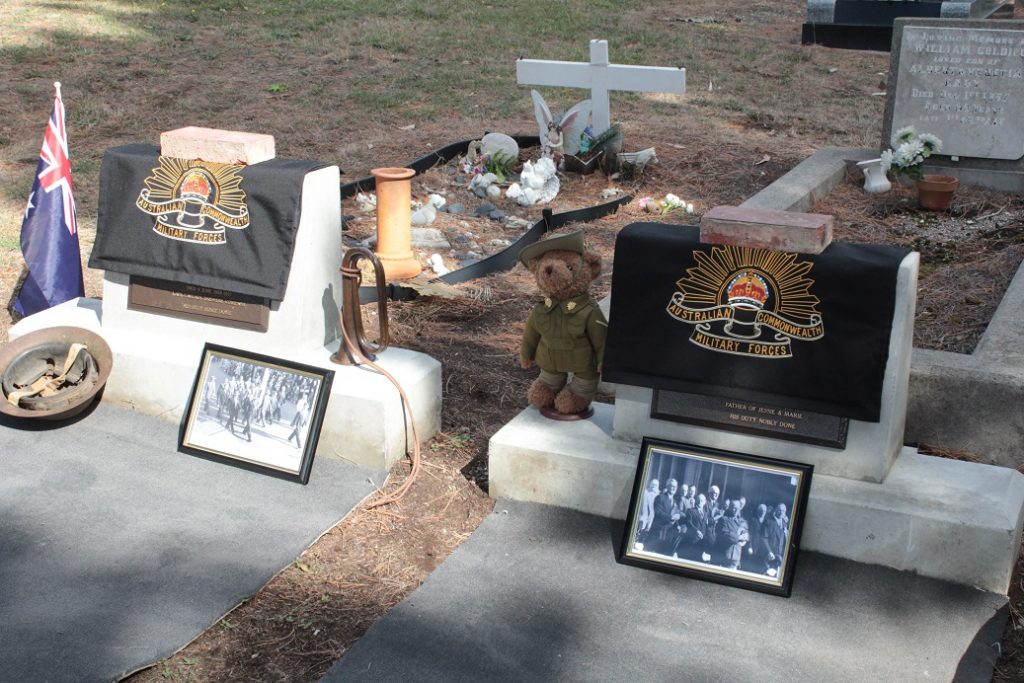 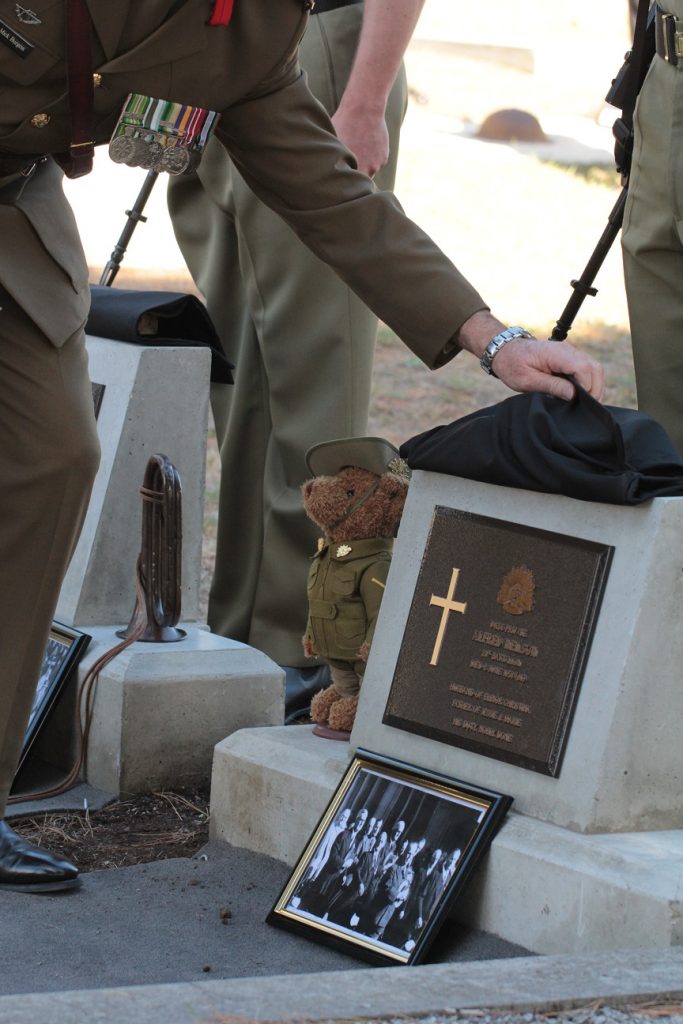 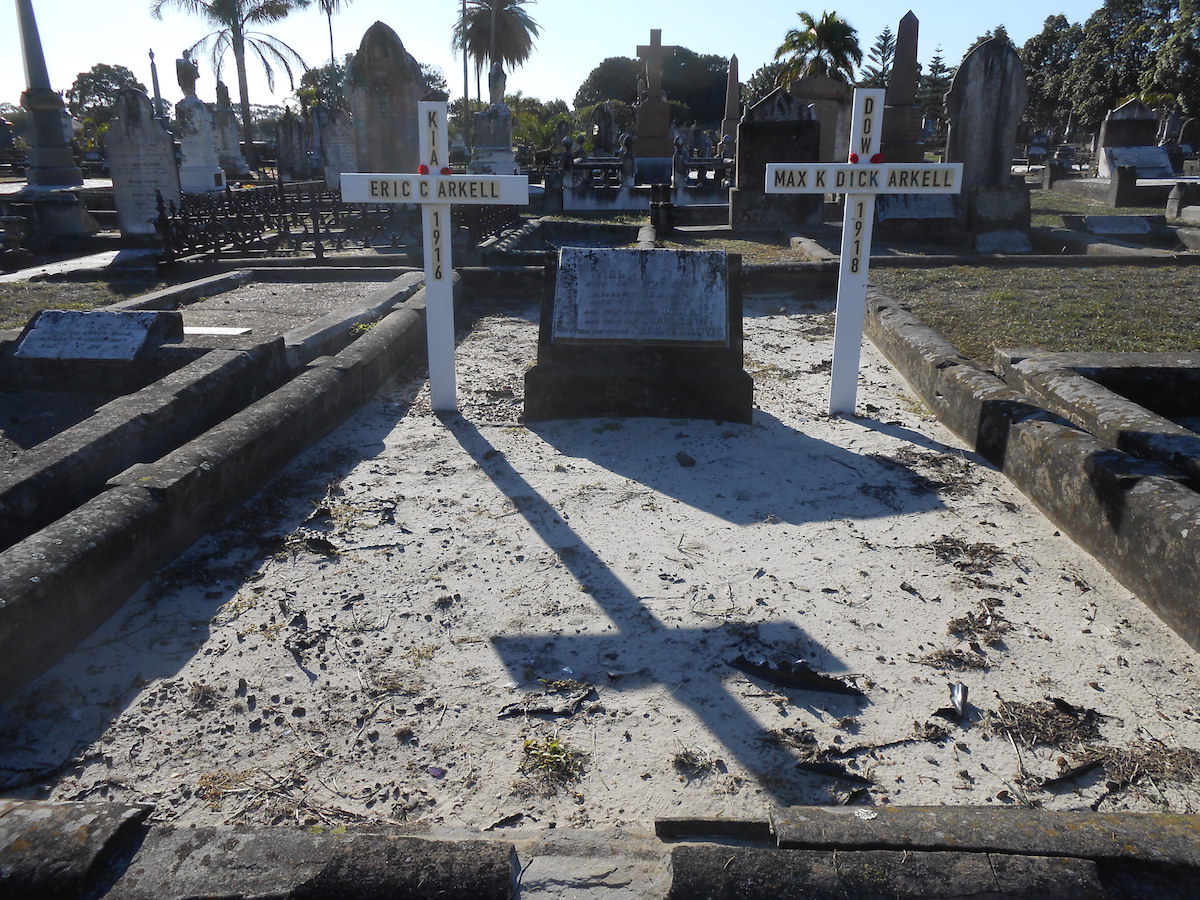 To mark the milestone of the dedication of the headstones on the last of the 316 previously unmarked graves in the Cornelian Bay Cemetery, FFFAIF is hosting a “Headstone Projects Roundtable” on Saturday in Hobart to bring together some of those FFFAIF Members and other people working on similar projects. Their objective is to share experiences and learning, improve consistency of memorialisations, better co-ordinate their activities and provide support to each other, and perhaps obtain some economies of scale.

If you are aware of local efforts to recognise the service of sacrifice of soldiers of The Great War on their graves or to list or photograph local graves of soldiers, and you think that would benefit by FFFAIF support, or you would like to join the Headstone Project efforts, please send details to headstone.projects@fffaif.org.au.

With the cost of each headstone and commemorative plaque costing about $400 each, the bulk of funding has come from community fundraising and business and government grants as well as the significant discounts and contributions in kind by project-partners. In addition, FFFAIF has contributed funds from the sale of Rembrella poppy umbrellas to the Headstone Project.  If you would like to support the Headstone Project by purchasing a Rembrella poppy umbrella, contact rembrella@fffaif.org.au 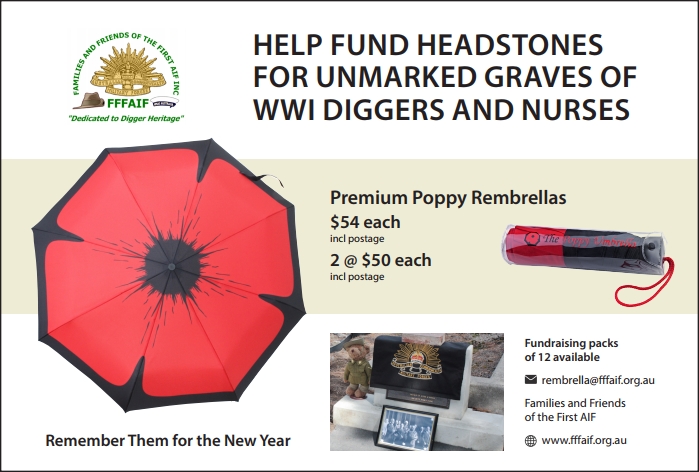