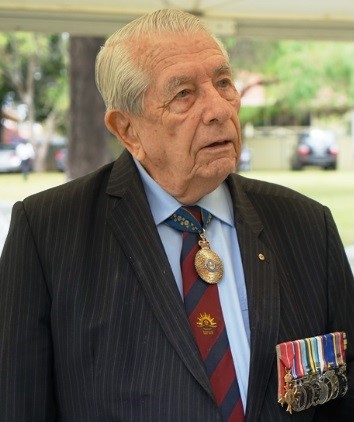 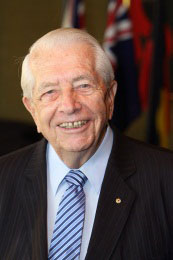 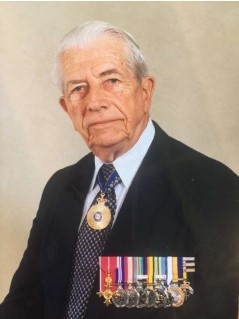 On behalf of the Committee and Members of Families and Friends of the First AIF, I extend condolences to the family and friends of FFFAIF Foundation Member Gordon Maitland on his passing on 17 October 2018, aged 92 years.

Major General Gordon Lindsay Maitland AO OBE RFD ED (1926 – 2018) was born in Rockdale on 25 August 1926. He was aged 17 when he enlisted in the 2nd AIF during the Second World War. He learnt Japanese and on the cessation of hostilities was sent overseas and took some of the surrenders. He also did some of the war crimes investigations and interpreted at some of the war trials.

His military career included service in Vietnam and later command of the 2nd Division. At the time of his retirement from the Army, Gordon was Chief of Reserves at Army Headquarters and a member of the Chief of Army’s Advisory Council. Post military, Gordon served as CEO of The Royal Agricultural Society, on various NSW Government Committees and as Chief Manager of the Commonwealth Bank.

For the past 3 decades, Gordon has devoted his life to commemorative and community activities, particularly assisting veterans and their organisations, a number of which he has led. He has also had a lifelong dedication to military history. 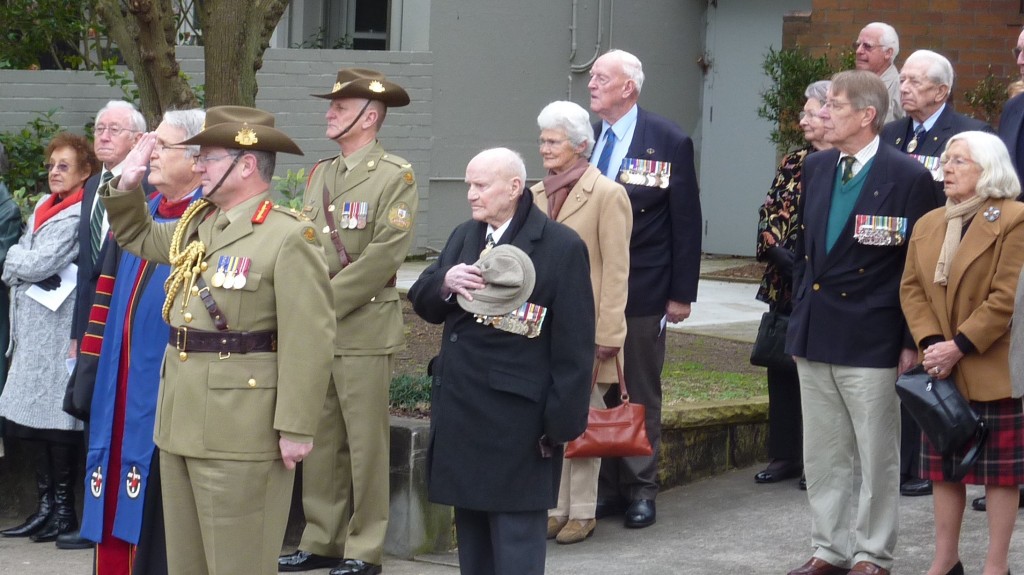 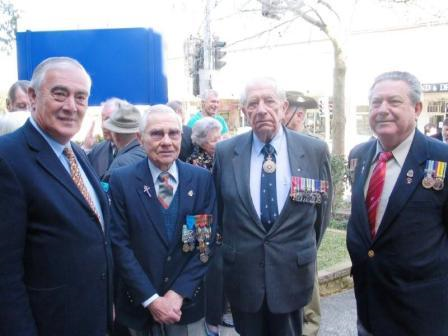 Gordon was a Foundation Member of FFFAIF (Member 20) and our most senior retired military officer. Gordon has been an authoritative historian and author with the assistance of his late wife Dorothy has had 6 books published. Click here to read an interview Gordon did with NSW RSL Reveille on his interest in military history.

Gordon Maitland passed away on the evening of 17 October 2018 and his military funeral was held at St James, King St., Sydney on Monday, 29 October 2018 at 10:30. This was followed by a by Military Procession along Phillip St with a Tribute Ceremony at the Cenotaph, Martin Place, concluding with a reception at The Westin Hotel, Sydney.

Those participating in the service included:

The eulogy was delivered by Major General The Honourable Paul Brereton, AM RFD, Judge of the NSW Court of Appeal, honorary Colonel Commandant of the Royal NSW Regiment and the University of NSW Regiment, and Assistant Inspector-General of the Australian Defence Force.

Reflections were given by Gordon’s daughters, Barbara Hodges and Elizabeth Charman and the grandchildren.

The poem “Kokoda Pilgrimage” written by Gordon was read by 97 years-old Dick Payten OAM, President of the 7th Division Association and a Kokoda veteran.

The Choir of St James, Director of Music, Organist and Altar Servers assisted in the service.

Piper Graham Wood played the recessional piece as the Maitland family and dignitaries left the church.

The following photos show the military procession and Tribute Ceremony. 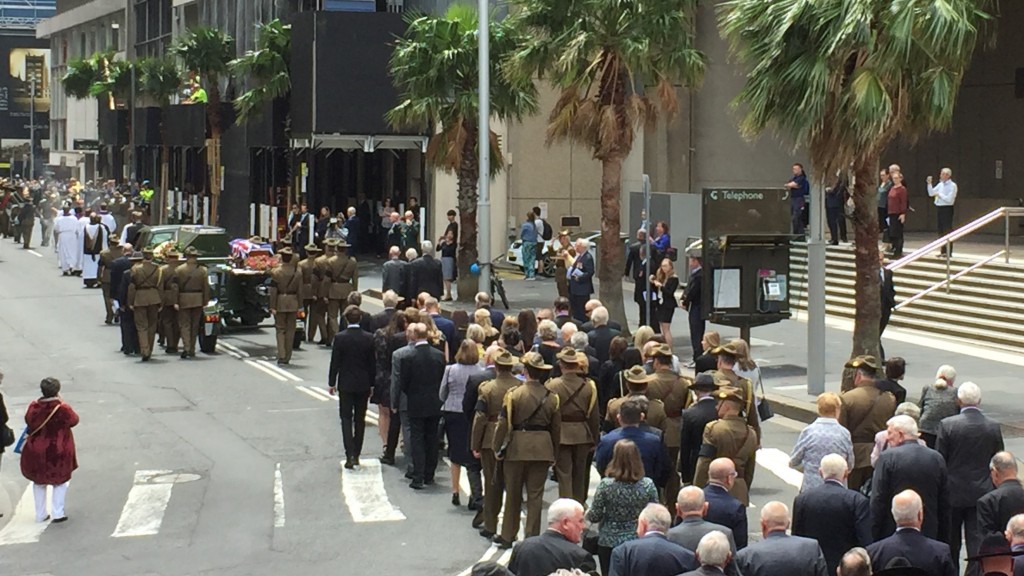 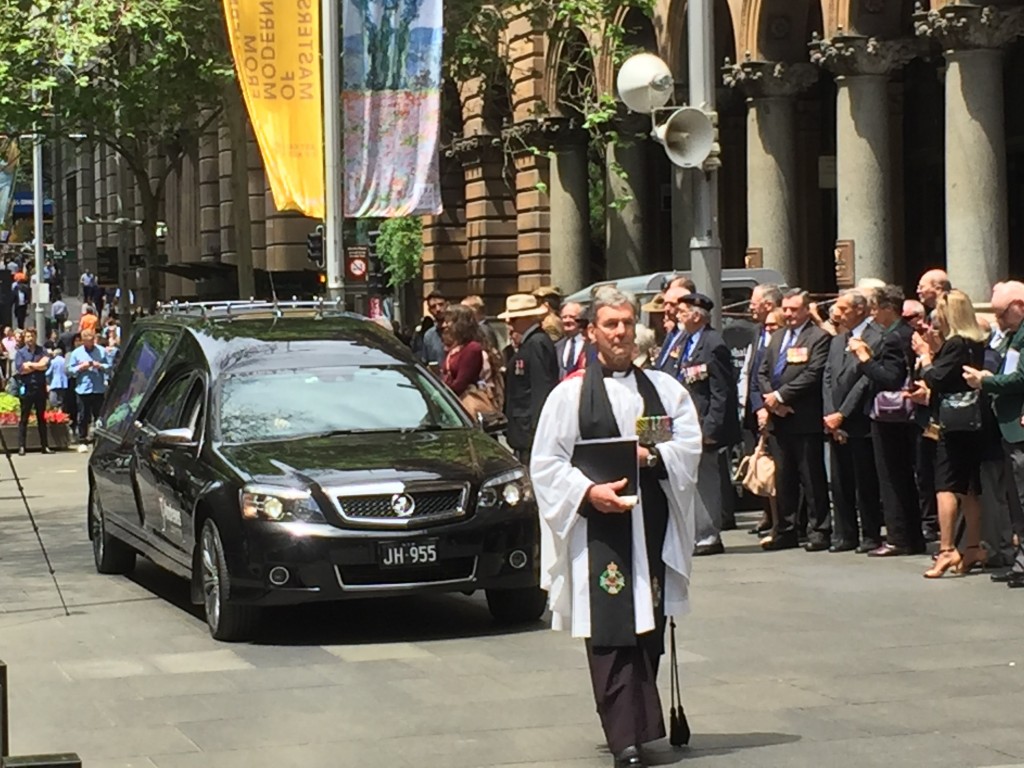 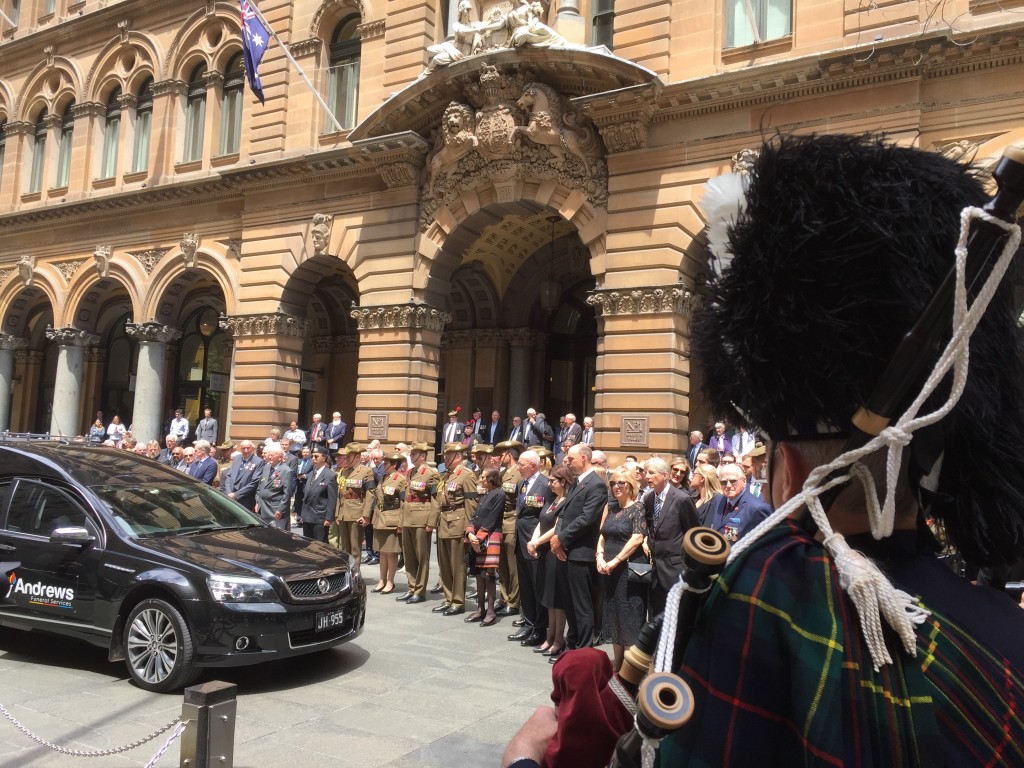 FFFAIF member Darren Mitchell significantly supported the Maitland family in the organisation and conduct of the funeral service and Cenotaph Ceremony of Remembrance. 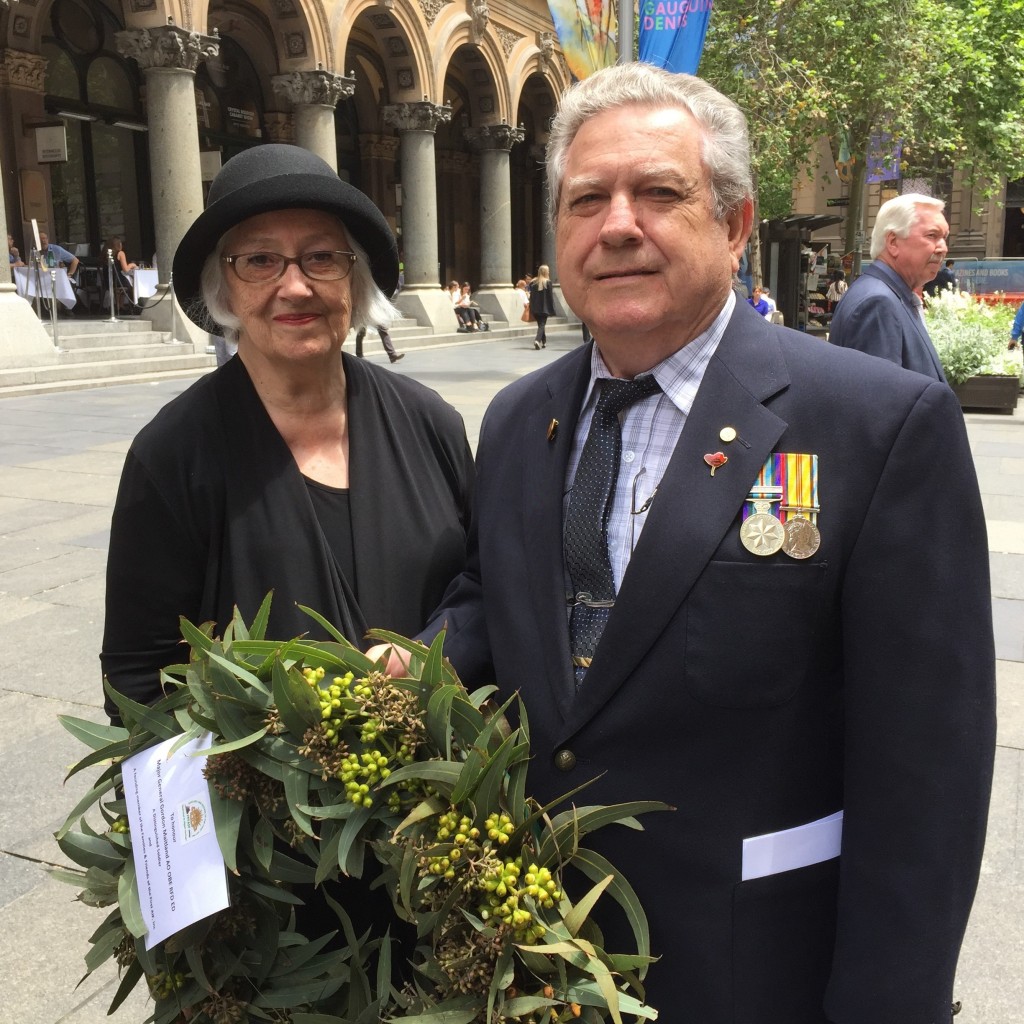 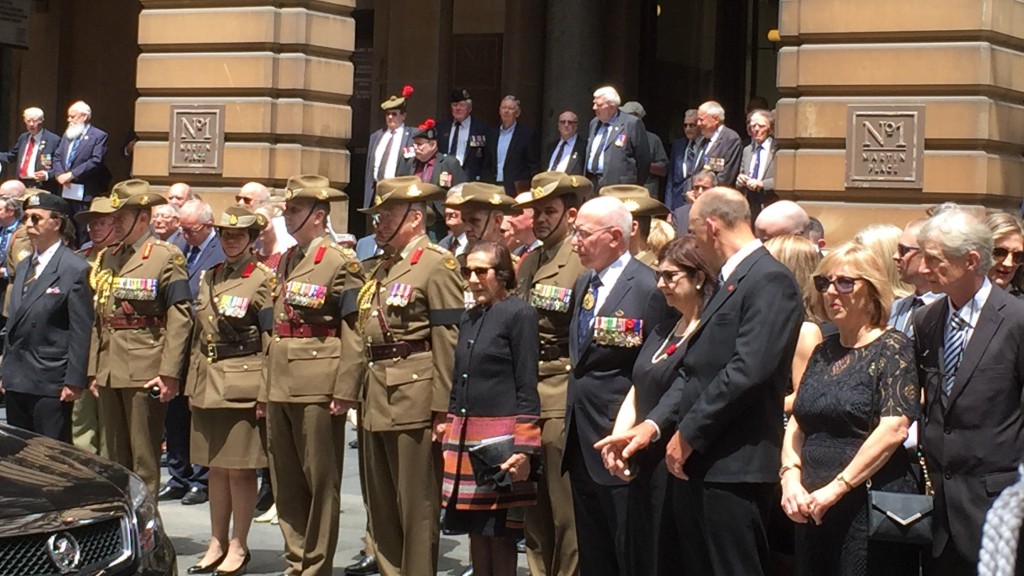 This entry was posted in Vale. Bookmark the permalink.