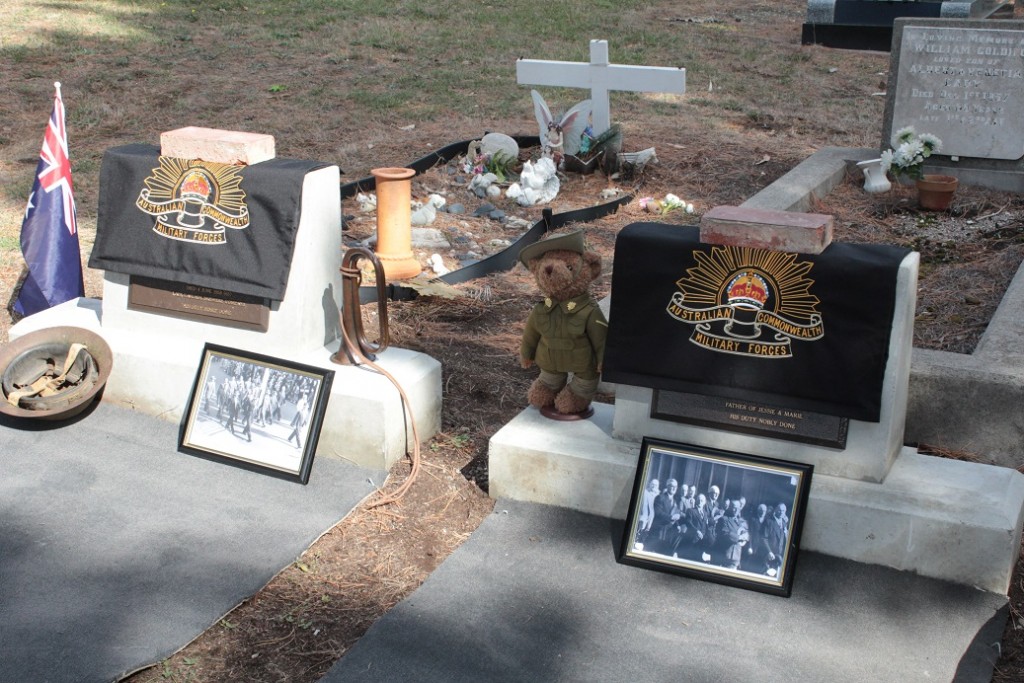 The Tasmanian Headstone Project commenced in 2012 when was discovered that there were a number of returned First World War veterans whose last resting place was no more than a dirt plot within the Cornelian Bay Cemetery located on the outskirts of the city of Hobart.  This meant that there was no monumental work or any other marker on their burial plot to indicate who is buried there.  To date 316 WWI unmarked graves have been identified.

Further dedications followed in 2013, 2014 and 2015 and in May 2016 Lambis Englezos was the guest speaker at an unveiling. In June 2016, 31 headstones were installed and unveiled. Dr Brendan Nelson, Director of the Australian War Memorial was the guest speaker on 7 November 2016 with more than 150 attendees.

On 31st March 2017, the Chief of Army, Lieutenant General Angus Campbell, DSC, AM unveiled a number of commemorative plaques on headstones recognising the service of soldiers, whose grave were previously unmarked. 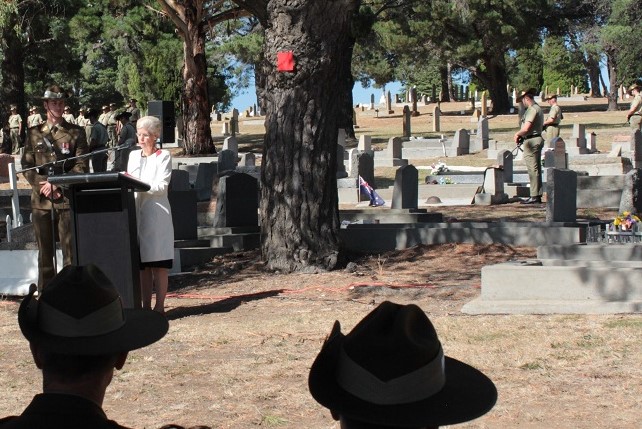 The unveilings went off with military precision thanks to the involvement of members of the 12/40th Battalion who provided a guard and sentries for each of the graves being unveiled. 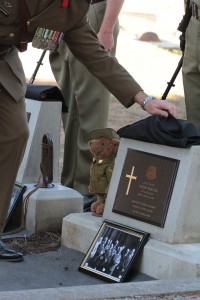 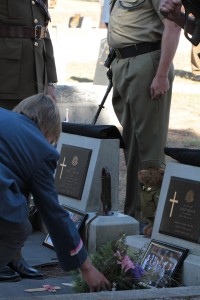 On 6 November 2017 Her Excellency Professor the Honourable Kate Warner, Governor of Tasmania dedicated a further 9 headstones with Mr Richard Warner, along with Senator, the Honourable Eric Abetz, Andrew Wilkie MP, Brian Mitchell MP, Mr Jim Wilkinson, President of the Legislative Council and several other politicians both state and three heads of service also in attendance.  Jaidyn Gluskie who was a recipient of the Frank McDonald scholarships for 2016 also spoke about his trip to the Western Front.

The number of veterans who have had their service recognised at Cornelian Bay Cemetery now is about 220 with all 316 bases and tops installed, with the remaining 96 awaiting their plaques.

FFFAIF supports the project through the provision of along with the State RSL Branch and the Tasmanian Government and a number of suppliers who contribute materials and other forms of support – Millington Cemeteries, Cement Australia, Sika Australia and Clennett’s Mitre 10. Further donations and contributions would be welcome.

The Headstone Project is managed through a FFFAIF Sub-Committee, Chaired by Andrea Gerrard but has its own website at http://www.tasheadstoneproject.org/. Read the “About Us” section for an overview of the project – and feel proud of their achievements, or the more comprehensive report in the Members Area of the www.fffaif.org.au website.

This entry was posted in Commemorations, Headstones for unmarked graves, Memorials. Bookmark the permalink.