Anzac Nurses of the Great War

The 1st Australian General Hospital (1AGH) Sutton Veny, May 1919
Approximately 300 nurses and military personnel. Seated in the middle of the front row is Matron Ethel Gray, Australian Army Nursing Service, and to her left is Commanding Officer 1AGH Colonel Huxtable (with walking stick and legs crossed).

This Anzac Nurses of the Great War web page brings together information from multiple data sources and from multiple researchers to provide a searchable resource that honours both individual stories and enables users to make their own enquiries and compile their own analysis across collective groups. 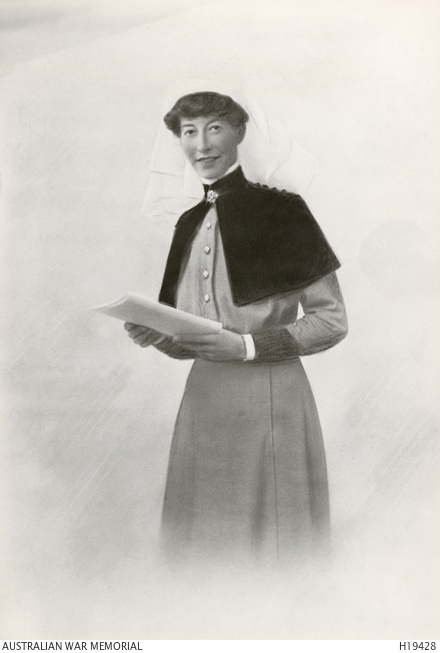 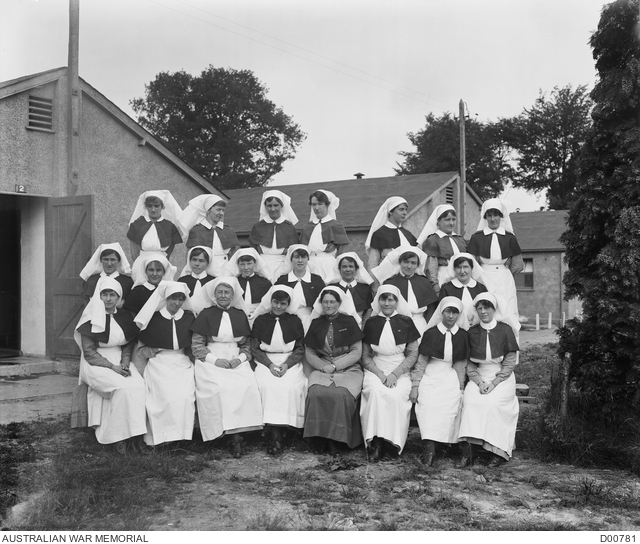 A number of nominal rolls listing the service of Anzac nurses from Australia and New Zealand in the Great War have been published and been made available on-line for research. These have been prepared by academic and family history researchers to document the military and other nurses who served in the First World War. Each roll contains different information but together they provide detailed information on this diverse range of women.

Links to some of these are posted here and each researcher has consented to their publication. All are in the public domain and are grouped here to assist other researchers.

This Anzac Nurses of the Great War web page has been placed in the  public domain as a free resource to enable families, students and researchers to be able to access this information and thereby honour the training, dedication and service of these special women.

To honour their service and sacrifice of Australian Nurses of the Great War, David Perkins has developed a new ‘searchable’ database that provides access to the service and biographical details of about 2,500 Australian military nurses who served in the Australian Army Nursing Service (AANS) and other Empire military nursing organisations.

The Australian Nurses of the Great War Database is available online on this page of the Families and Friends of the First AIF webpage. Each of David’s records contains links to relevant Australian War Memorial, National Archives of Australia, and Department of Veterans Affairs ‘Discovering Anzacs’ group stories. David is prepared to add new names to his database and will consider requests from other researchers to do so. 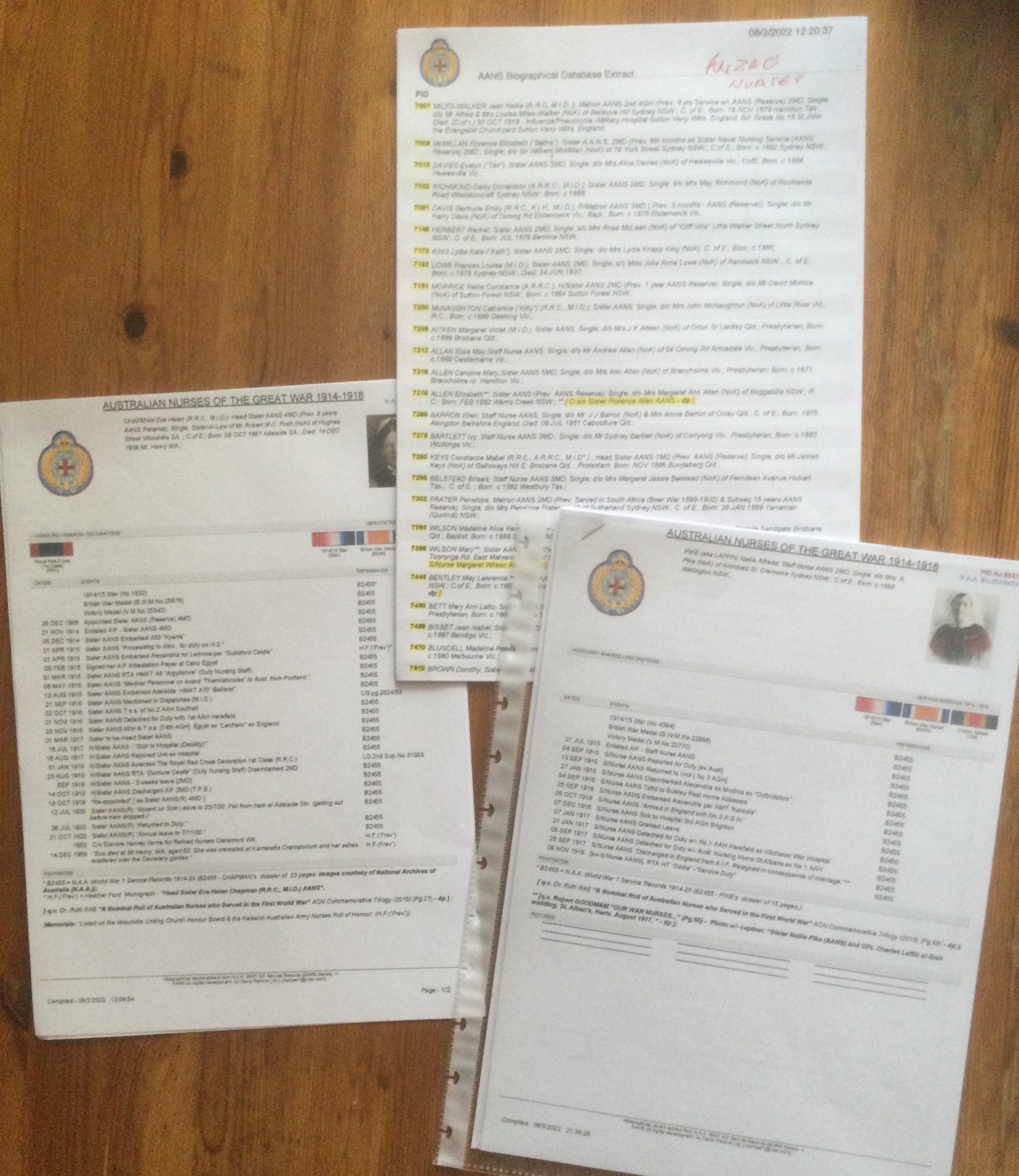 Other nominal rolls are accessible here. They include not only Australian and New Zealand nurses who served with their respective military nursing services but women who served with the Queen Alexandra’s Imperial Nursing Service Reserve and as Red Cross Voluntary Aid Detachments or VADs. 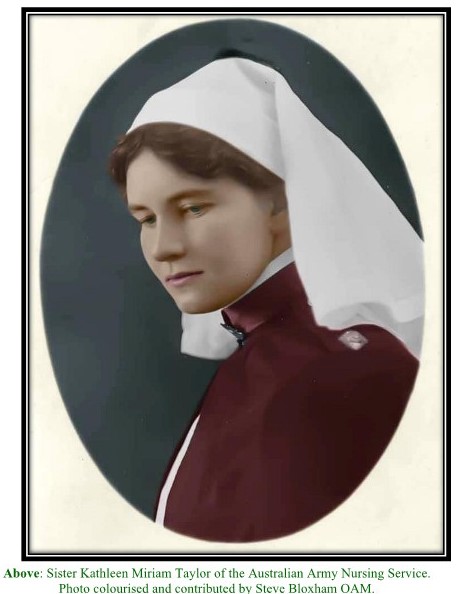 The ‘Discovering Anzacs’ series of group stories contain several lists of nurses. These have been prepared by Heather Ford who has undertaken exhaustive research in the area. She has grouped the names into cohorts and submitted them to the Australian Department of Veterans Affairs as a number of ‘group stories’. Some are here:

AUSTRALIAN WOMEN WHO SERVED AND DIED DURING OR AS A RESULT OF THE GREAT WAR: | Discovering Anzacs | National Archives of Australia and Archives NZ ()
https://discoveringanzacs.naa.gov.au/browse/groupstories/19005

QAIMNSR Nurses who embarked on the HS Karoola in December 1915 | Discovering Anzacs | National Archives of Australia and Archives NZ (
https://discoveringanzacs.naa.gov.au/browse/groupstories/17503)

Dr Kirsty Harris has produced the following nominal roll and is one of Australia’s leading authors and researchers relating to Australian Nurses at War:

Jenny Baker has recorded a wide range of other Australian women’s service in the Great War (with many interesting photographs):

Faithe Jones (a genealogist) has compiled profiles and photographs of many Australian Nurses in World War 1: 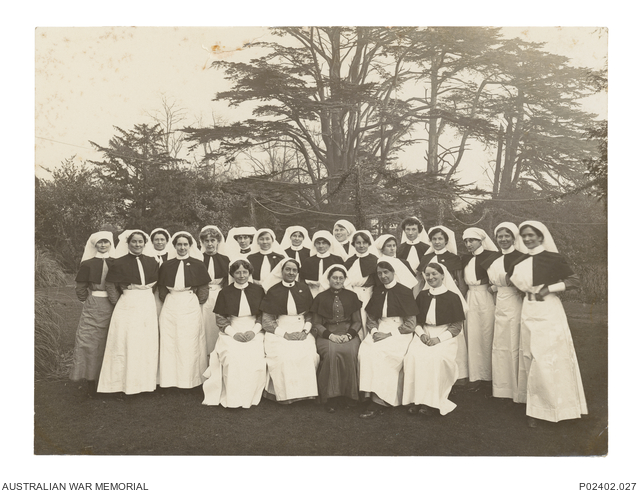 Mention should also be made of The History of the Australian Nurses in the First World War by Dr Ruth Rae, published as an Australian College of Nursing Centenary Commemorative Trilogy. The Trilogy details the important contribution of Australian nurses who served in the First World War (1914-18) and highlights the valuable service Australian nurses provided, to not only the servicemen, but to the ongoing professionalism of civilian and military nursing in this country. The Trilogy features:
Book one – From Narromine to the Nile (2nd edition)
Book two – Scarlet Poppies (3rd edition)
Book three – Veiled Lives (3rd edition) ACN First World War Nursing Nominal Roll. Some details relating to the nominal role can be found here: 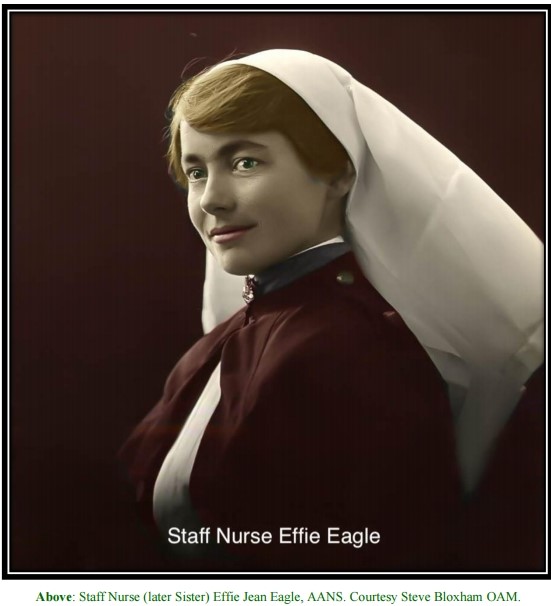 This Anzac Nurses of the Great War web page has been facilitated by
Paul Simadas, RFD Lieutenant Colonel
Chairman Australian Branch Western Front Association
Vice President, Families and Friends of the First AIF
One of Paul’s FFFAIF responsibilities is liaison with kindred organisations with an interest in commemorating the service and sacrifice of Australian service men and women and their families during and after The Great War. Paul has liaised with most of the researchers listed above, and each researcher has consented to the publication of links to their work.

Launching The Australian Nurses of the Great War Database

The Australian Nurses of the Great War Database is being launched at the Anzac Memorial, Hyde Park with a number of presentations and the presence of many of the researchers and developers of the database, to highlight not only aspects and the lives and service of the Nurses, but to also demonstrate the power and flexibility of the Database as a tool for enquiry and research.

The Australian Branch of the Western Front Association in conjunction with FFFAIF will present a  Seminar, incorporating the 2022 John Laffin Memorial Lecture held on Saturday, 30 April, 2022, focussing on Australian nurses of the Great War. 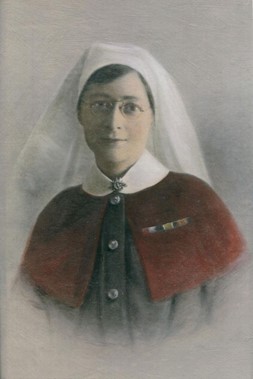 John Laffin’s mother, Nellie Alfreda Laffin (nee Pike), served as a nurse in the Australian Army Nursing Service in the Great War and her story will be told by descendant Sue Tongue and other members of Nellie’s family descendants using archival material and family items. This case study will help showcase the role of nurses from Australia in the war, from the viewpoint of one brave woman who served. 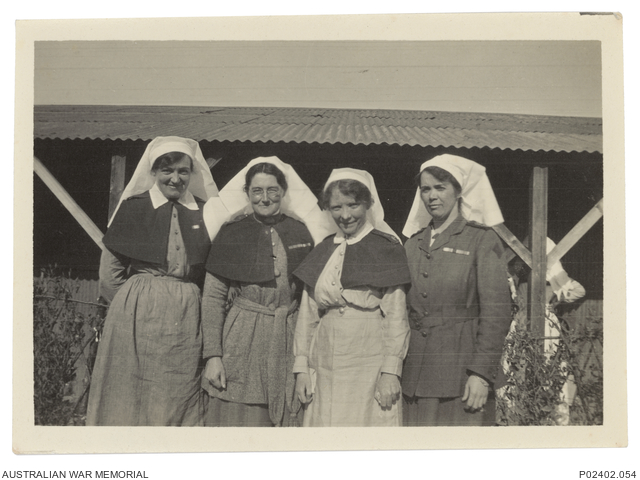 Other researchers will attend to share their findings. A special afternoon tea will be hosted for those attending. Time will be allocated to a study of Great War exhibits in the memorial’s museum that relate to nurses. A raffle will operate on the day to raise funds to cover direct costs, with special prizes to be offered.

9:30 am: Arrival and registration.

12:30 pm: Lunch (own arrangements outside the memorial). Also a time to tour the memorial.

1:45 pm: Other women serving in the Mercantile Marine, Paul Simadas RFD, ‘All at Sea.’ A ‘cameo’ presentation.