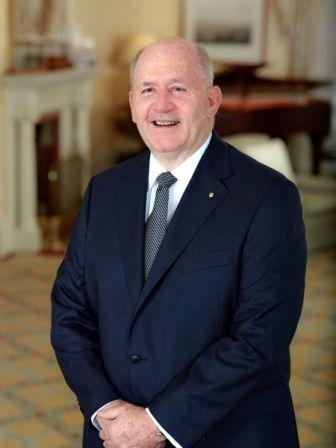 General the Honourable Sir Peter Cosgrove AK CVO MC (Retd),  retired from the role of Governor-General of the Commonwealth of Australia in July 2019 and stepped down as FFFAIF Patron-in-Chief, a role he held from 2014 when he succeeded the Honourable Dame Quentin Bryce AD CVO. Sir Peter has accepted an Honorary Membership to continue his association with the FFFAIF.

Peter Cosgrove was born in Sydney in 1947. The son of a soldier, he attended Waverley College in Sydney and graduated in 1968 from the Royal Military College, Duntroon.

Early in his military career, he fought in Vietnam, commanding a rifle platoon. He was awarded the Military Cross in 1971 for his performance and leadership during an assault on enemy positions.

He and his wife Lady Cosgrove have three adult sons and one grandson. 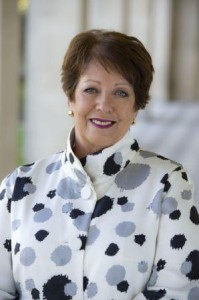 Lynne Cosgrove (née Payne) was born and raised in Sydney’s southern suburbs.
She met Peter Cosgrove in early 1975 and they married in 1976.
During Sir Peter’s long military career, she accompanied him on postings throughout Australia and in several overseas countries including the United States of America, the United Kingdom and India.
Lady Cosgrove has been actively involved in the welfare of partners in the defence community and became the inaugural Patron of Partners of Veterans Australia.
She has worked with numerous voluntary organisations supporting aged and disabled people, and endangered Australian wildlife.
Her personal interests include art and architecture, nature and gardens, and she is a keen sports follower.

This entry was posted in Uncategorized. Bookmark the permalink.