Following the outstanding success of the 2010 and 2012 FFFAIF Western Front and Gallipoli Commemoration Tours, the Families and Friends of the First AIF are offering a similar chance for association members to partake in two tours in 2014.

This historic year commemorates the centenary of the commencement of World War 1 with tours coinciding with the anniversary of the declaration of war in August 1914. Join us on the battlefields and for this ‘Blighty’ experience to commemorate.

You are invited to join other members of the FFFAIF on one or both of these unique commemorative journeys to France, Belgium and the United Kingdom in 2014. Be with us on the Somme or in Flanders. Explore the tunnels and trenches of the region. Commemorate our brave ‘Diggers’ who have forged the memory of the First ‘Anzacs’. Be with us in London on the 4th August 2014; the Centenary Anniversary of the declaration of World War I in 1914. Join us for the experience of a lifetime with like-minded and dedicated travellers.

Visiting battlefields of significance to the Australians and a variety of other WWI sites across France and Belgium, this tour will allow members to immerse themselves in the history and follow in the footsteps of our ANZAC and Commonwealth forebears.

The tour is designed to encompass the major battlefields with minimal changes in accommodation, thus providing maximum exploration time on the ground. The famous centres of Ieper in Belgium, and Arras, Albert and Peronne (Assevillers) in France will be home for the 12 nights. Museums, cemeteries, memorials, tunnels, special commemorations, historic buildings and the chance to meet European and other members of the FFFAIF during group dinners and events will ensure a most memorable journey. 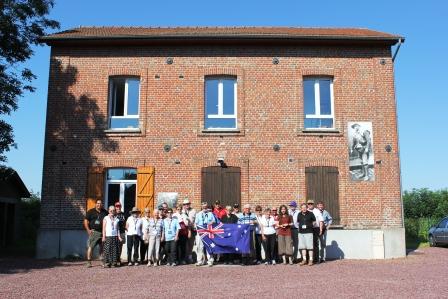 Starting in Paris, the UK ‘Blighty’ Commemorative Tour will cross the English Channel via the one of the many ‘Blighty’ routes as in World War I returning to England. We will skirt the French coastline and depart from Cherbourg or Le Harve (TBC), and travel to Portsmouth via North Sea ferry (TBC). We will then have to opportunity to visit many of the military sites of southern England, especially the Anzac training grounds of the Salisbury Plain, museums, war cemeteries, ancient sites, such as Stonehenge and Old Sarum, and more. We will conclude our tour in London, with visits to the Imperial War Museum, Horse Guards, and Hyde Park Memorials. The highlight of the tour being the participation in the 100th Anniversary commemoration of the declaration of war in London on the 4th August. This will be the opportunity of a lifetime. 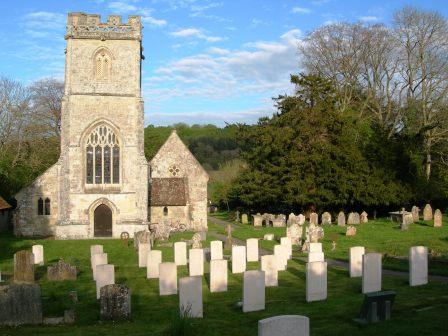 Photo: One of the many 2014 UK destinations:
St George’s Church Fovant.

The tours offer 12 days on the Western Front (France and Belgium) and 12 days in Nth France and the United Kingdom.

The tours are designed to link with each other on or around the 26th July 2014 at Paris Charles De Gaulle Airport. Participants of both tours should stay in the designated hotel at the airport for departure the next morning on the UK tour (Included in tour cost). Tour and holiday extensions before or after group departure are possible. We can assist with extra travel arrangements. Itinerary above lists highlights of the tours only. Final itinerary will be determined closer to departure and could change minimally throughout.

* Land content only. Prices based on current Australian exchange rates and subject to currency fluctuations; minimum numbers of 25 per tour.

Option – Saver
For FFFAIF Members who join both tour options, there is a saving of $300 pp.

Please note: Requirements for participation in the 2014 tours include current membership of the FFFAIF – either standard, concession or family membership. The tours will fill quickly and spaces will be allocated in order of receipt of expressions of interest until full.

Interested in joining the Tour but not a member of the FFFAIF.  Find out more by clicking here.

This entry was posted in 2014 Commemorative Tour, Commemorations, Members' Announcements. Bookmark the permalink.