Special Event to Welcome Martial and Catherine Delabarre to Sydney

The Fromelles Association and the Australian Branch of the Western Front Association and FFFAIF are pleased to host a joint meeting to welcome Martial Delabarre to Sydney on 8 September. Martial has played a key role in the investigations that resulted in the rediscovery and exhumation of deceased Australian and British soldiers who died in the 1916 Fromelles battle in northern France.

He and his wife, Catherine, are visiting Australia in September as the guests of their friends Jim Munday and Tony May. Martial and Catherine are also visiting Mudgee, Wellington, Bodangara (16th) and Canberra (17th). 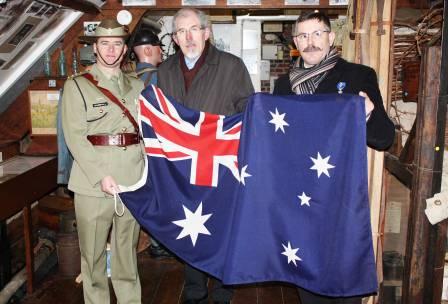 Martial Delabarre, OAM is a foundation member and President of the Souvenir de la Battaille de Fromelles 19/20 Julliet 1916. This involved the establishment of the first battlefield museum at Fromelles in 1990. Opened in the Town Hall, it remained a special place of pilgrimage until a new and publically funded museum opened nearby in 2014.

Martial has been an officer of the Commonwealth War Graves Commission for many years. During this time, he formed a close association and friendship with Victorian school teacher and historian Lambis Englezos. This co-operation materially assisted Lambis, amongst others, to finally rediscover and then support the exhumation of the remains of many of the Australian and British soldiers who died in July 1916 in the Pheasant Wood area. 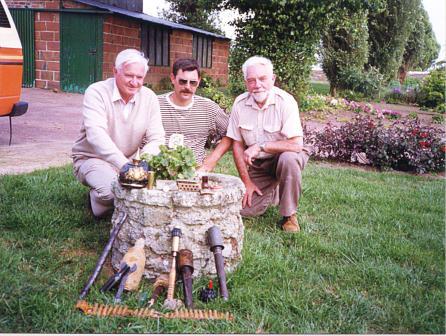 Martial has devoted a large part of his life to the study and archaeological investigation of the Australian role in the Fromelles battle of the 19th and 20th July 1916. In 2006, Martial Delabarre was awarded an honorary Medal in the Order of Australia “for service to Australia-France relations, particularly the preservation and promotion of Australian military history in Fromelles”.

Martial will present an illustrated talk on his role in the investigation of the Battle of Fromelles and its importance to him and to Australian military history.

It is with great pleasure that we invite you to attend this event and hear Martial’s story.

$12 cash subscription payable on the night to cover costs and light refreshments.

The venue is close to Town Hall station and to several CBD public car-park stations.

RSVP to: wfaaustraliabranch@gmail.com or to the Fromelles Association (for members of the latter group)

This entry was posted in Fromelles, Uncategorized. Bookmark the permalink.