Centenary of commencement of The Third Battle of Ypres 31 July

The Centenary of the commencement of The Third Battle of Ypres on 31 July 2017 will be commemorated on July 31 at the Commonwealth War Graves Commission’s Tyne Cot Cemetery, in Ypres, where 12,000 British and Commonwealth troops are buried. 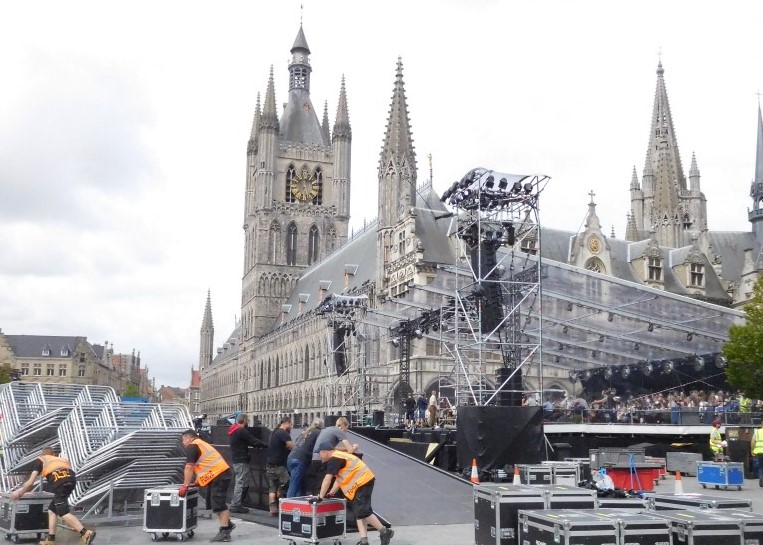 There will also be a Last Post ceremony at the Menin Gate memorial in Ypres on July 30 and a number of live performances in the town’s market square to tell the story.

The photo above from FFFAIF Member Anny De Decker shows preparations by the BBC in the Main Square. From 29th till 31st there will be commemorative events. The Duke and Duchess of Cambridge (HRH Prince William and Kate) and King Philippe and Queen Mathilde of the Belgiums will attend events in Ieper on Sunday. Many of these will be broadcast worldwide, certainly the one at Tyne Cot on  Monday, where HRH Prince Charles is understood to be attending. 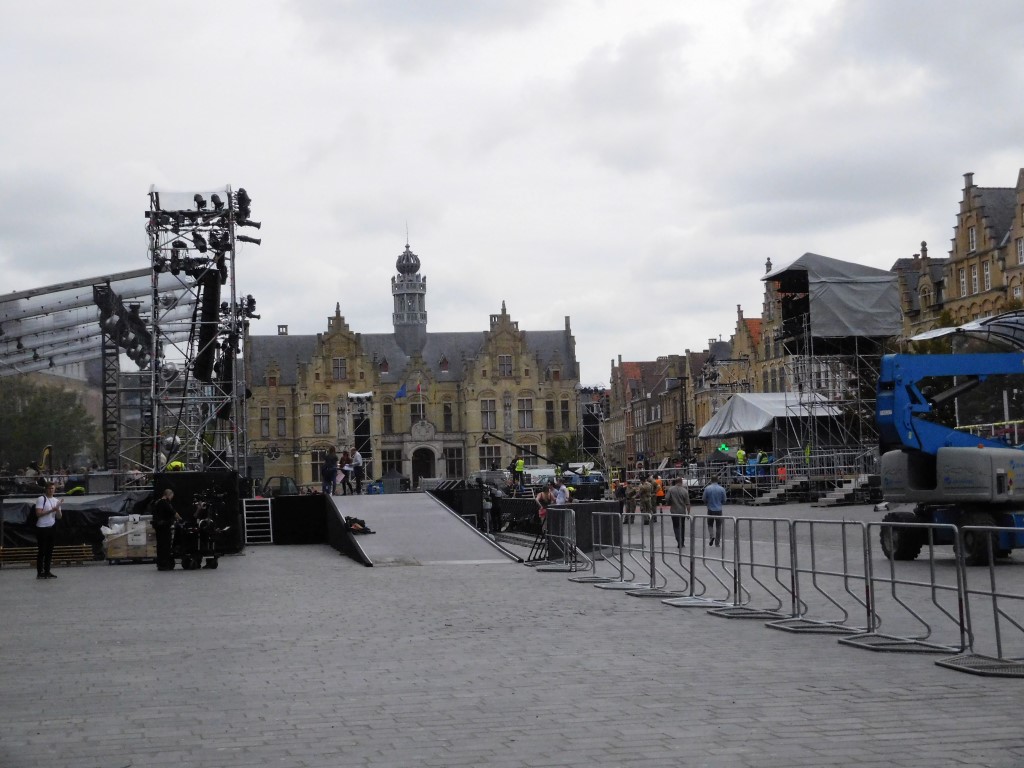 The AWM web site describes the Third Battle of Ypres as the major British offensive in Flanders in 1917. It was planned to break through the strongly fortified and in-depth German defences enclosing the Ypres salient, a protruding bulge in the British front line, with the intention of sweeping through to the German submarine bases on the Belgian coast. The battle comprised of a series of limited and costly offensives, often undertaken in the most difficult of waterlogged conditions – a consequence of frequent periods of rain and the destruction of the Flanders’ lowlands drainage systems by intense artillery bombardment. As the opportunity for breakthrough receded, Field Marshall Sir Douglas Haig still saw virtue in maintaining the offensives, hoping in the process to drain German manpower through attrition. The main battles associated with Third Battle of Ypres were:

Australian Divisions participated in the battles of Menin Road, Polygon Wood, Broodseinde, Poelcapelle and the First Battle of Passchendaele. In eight weeks of fighting Australian forces incurred 38,000 casualties. The combined total of British and Dominion casualties has been estimated at 310,000 (estimated German losses were slightly lower) and no breakthrough was achieved. The costly offensives, ending with the capture of Passchendaele village, merely widened the Ypres salient by a few kilometres.