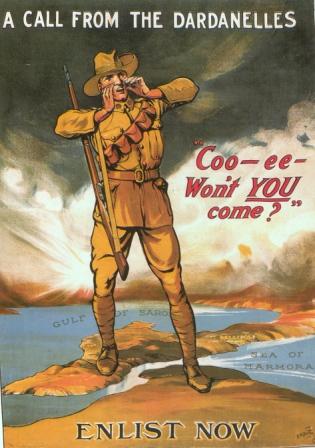 Are you interested in finding out about attending the centenary celebrations at Gallipoli on 25th April 2015?

The Minister Assisting the Prime Minister on the Centenary of Anzac  Warren Snowdon  provided the following information on 13 May 2013:

“A ballot is the fairest and most transparent approach to  the allocation of attendance passes for the centenary commemorations at  Gallipoli, within previously agreed and announced capacity of 10,500  places at the Anzac Commemorative Site,” Mr Snowdon said.
“My New  Zealand counterpart, the Hon Michael Woodhouse,  Minister for Veterans’ Affairs, has made a similar announcement  today.”
Following the agreement of the Turkish Government, the Government had  previously announced that the places will be shared between Australian and NZ  (8,000 Australians, 2,000 New Zealanders) and up to 500 places have been set  aside for official representatives and guests, including representatives of all  countries that served in the Gallipoli campaign.
Mr Snowdon said the Government had carefully considered options for the  ballot, drawing on feedback received from members of the public, the veteran and  Defence communities and tour operators as part of a public consultation  undertaken in 2012.
Some of the places  available to Australians will be reserved for special representatives  including:

·         Widows of Australian First  World War veterans – they do not need to participate in the ballot and will be  included as part of Australia ’s official representatives,  with a companion, if fit to travel.

·         Five per cent of places  allocated in the ballot will be reserved for Australian direct descendants of  veterans of the Gallipoli campaign – with preference being given to the sons and  daughters of Gallipoli veterans.

·         Five per cent of places in  the ballot will be reserved for veterans who have qualifying service or who have  deployed on any operations outside Australia , whether they are warlike,  non-warlike or peacetime operations.

·         Five per cent of places  will be set aside outside the ballot process for representative secondary school  children and their chaperones, to be allocated and managed through the states  and territories.

The remaining places  (3,000 double passes) will be available for all Australians.  The following  criteria will apply to the ballot:

·         Applicants must be an  Australian citizen or permanent resident of Australia to register, but do not need to be  living in Australia at the time of  registration.

·         All passes will be issued  as double passes – the accompanying pass holder does not need to be an  Australian citizen or permanent resident of Australia .

·         No additional passes will  be provided to an individual that is successful in the  ballot.

·         Pass holders must make all  arrangements for their travel and cover all costs  including flights, accommodation, transport and travel insurance etc.

“The ballot is expected to be open for registrations on 1 November 2013  and close on 31 January 2014. Details on how to register will be  available later in the year following the engagement of a provider to conduct  the ballot,” Mr Snowdon said.
“Advice will be provided to individuals on the ballot outcome in March  2014, to ensure those successful have enough time to organise and pay for their  trip.  This will also allow tour operators to make specific arrangements  with those travellers who have secured passed for the Anzac Day commemorations  at Gallipoli.”
The Turkish Government has entrusted the Australian and New Zealand  Governments to manage the events on 25 April 2015 which include the Dawn Service  and subsequent services at Lone Pine and Chunuk Bair.  Both governments  wish to express their gratitude to the Turkish Government for the level of  support that it has provided, and its commitment to the events associated with  the Centenary of Anzac.
“The Gallipoli campaign lasted eight months from April to December 1915,  and I encourage those who are thinking about applying for the ballot, and may  not be eligible for a special representative place, to consider whether they  want to visit Gallipoli at another time in 2015,” he said.

A  host of activities and initiatives at a domestic and international level will  occur from 2014 to 2018 to commemorate the Centenary of Australia’s involvement  in the First World War. For more information visit www.anzaccentenary.gov.au

Ballot  System Cascade
All passes  will be allocated as double passes.  No additional passes will be provided  to any individual that is successful in the ballot.  The ballot will  operate in four cascades (noting that 400 youth passes will be distributed  outside of the ballot process):

This entry was posted in ANZAC Day, Commemorations, Events, Gallipoli. Bookmark the permalink.