ANZAC Day in the time of Coronavirus 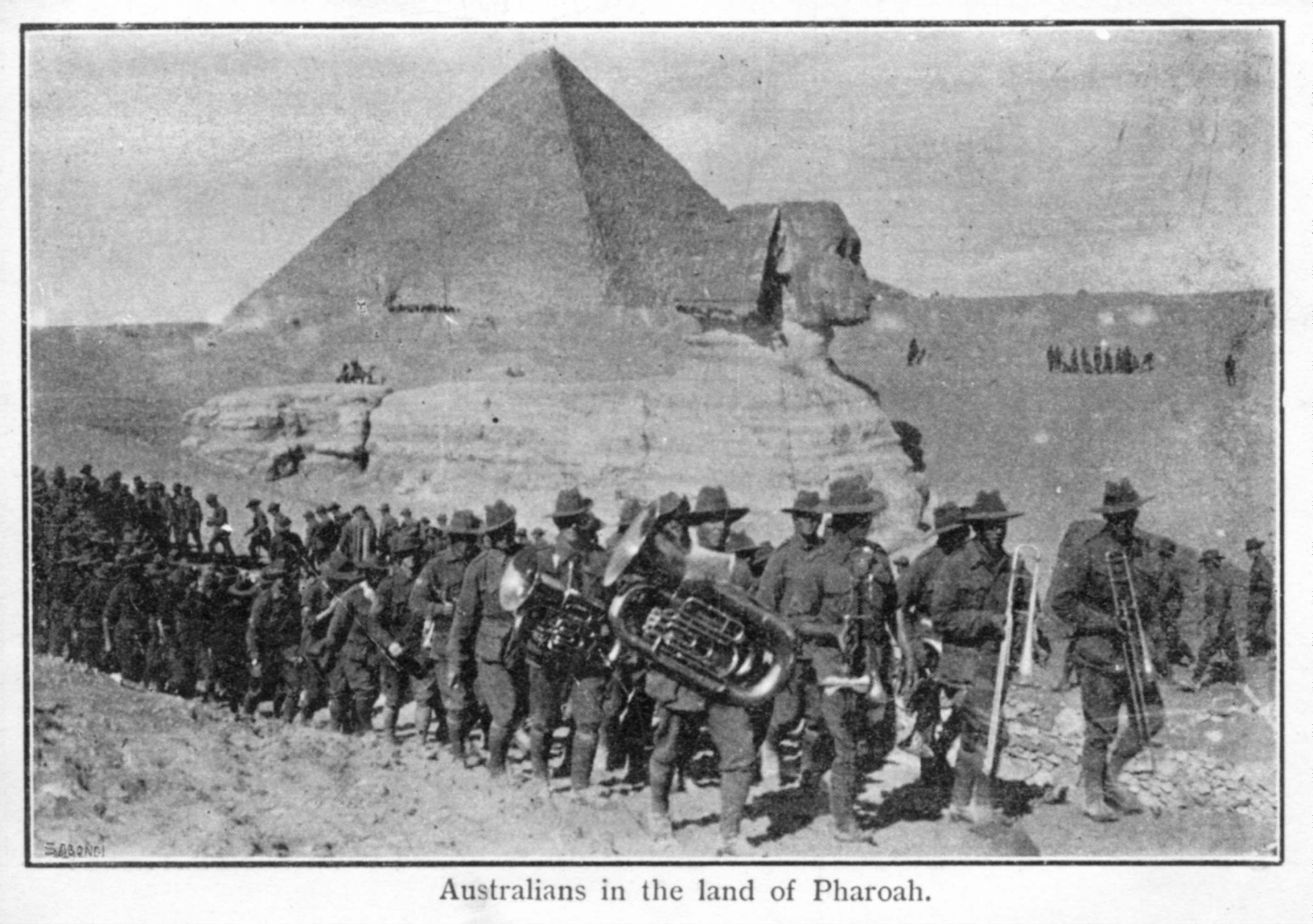 Due to the impact of the Coronavirus and control measures implemented, the Australian War Memorial in Canberra, Anzac Memorial in Sydney and Shrine of Remembrance in Melbourne are closed to the public until further notice and ANZAC Day Marches cancelled, and a ban is in place on indoor gatherings.

The RSL is encouraging Australians to “light up the dawn” in personal commemorations while still being part of a broader community commemoration on driveways, balconies etc by lighting a candle or shining a light at 6:00am and sounding The Last Post from mobile phones in unison.

The ABC is supporting this and has invited Australians to mark Anzac Day in a safe and special way (with appropriate physical distancing):

5.30am: A live broadcast of the National Memorial Service from the Australian War Memorial on ABCTV, iview, Radio and online. This service includes, from around 6am, The Last Post and a minute of silence, where you can pay your respects on your driveway or at your front gate or balcony at the same time as your local community.

11.30am: Two-minute reflection which includes The Ode and The Last Post followed by a minute silence on ABCTV, iview, Radio and online.

FFFAIF is also encouraging a display of Rembrella poppy umbrellas and the media is encouraging displays of poppies and Australian flags.

They went with songs to the battle, they were young,
Straight of limb, true of eye, steady and aglow.
They were staunch to the end against odds uncounted,
They fell with their faces to the foe.

They shall not grow old, as we that are left grow old;
Age shall not weary them, nor the years condemn.
At the going down of the sun and in the morning
We will remember them.

From For the Fallen by Laurence Binyon

The ANZAC landings at Gallipoli

105 years ago the soldiers of the Australian Imperial Force were part of the Mediterranean Expeditionary Force consisting of British, French, Indian, Australian and New Zealand Forces. Simultaneous landings were made by British forces at Cape Helles, French forces at Kum Kala near the Plains of Troy and the ANZACs at Gaba Tepe. The British Fleet commenced bombardments at 4:30am to cover the landings. 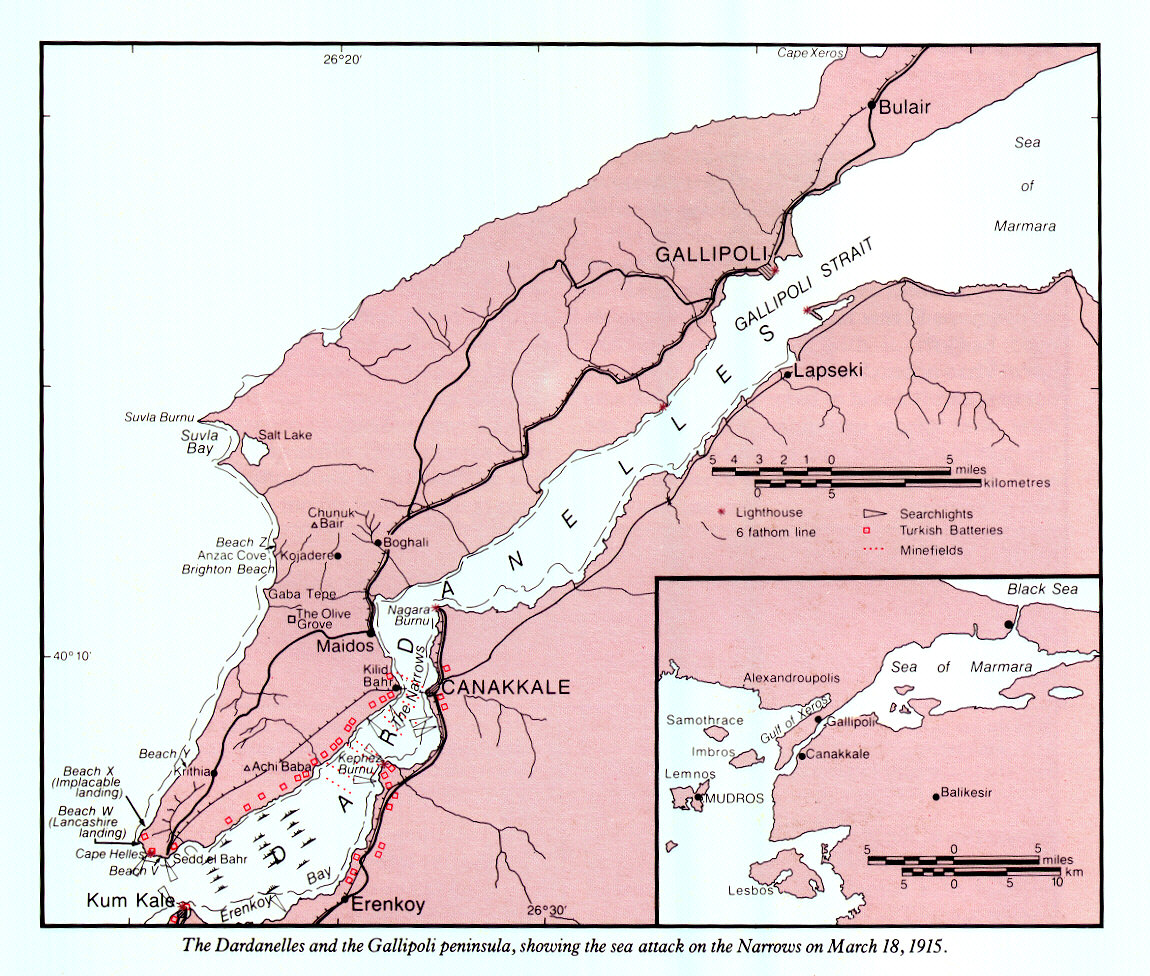 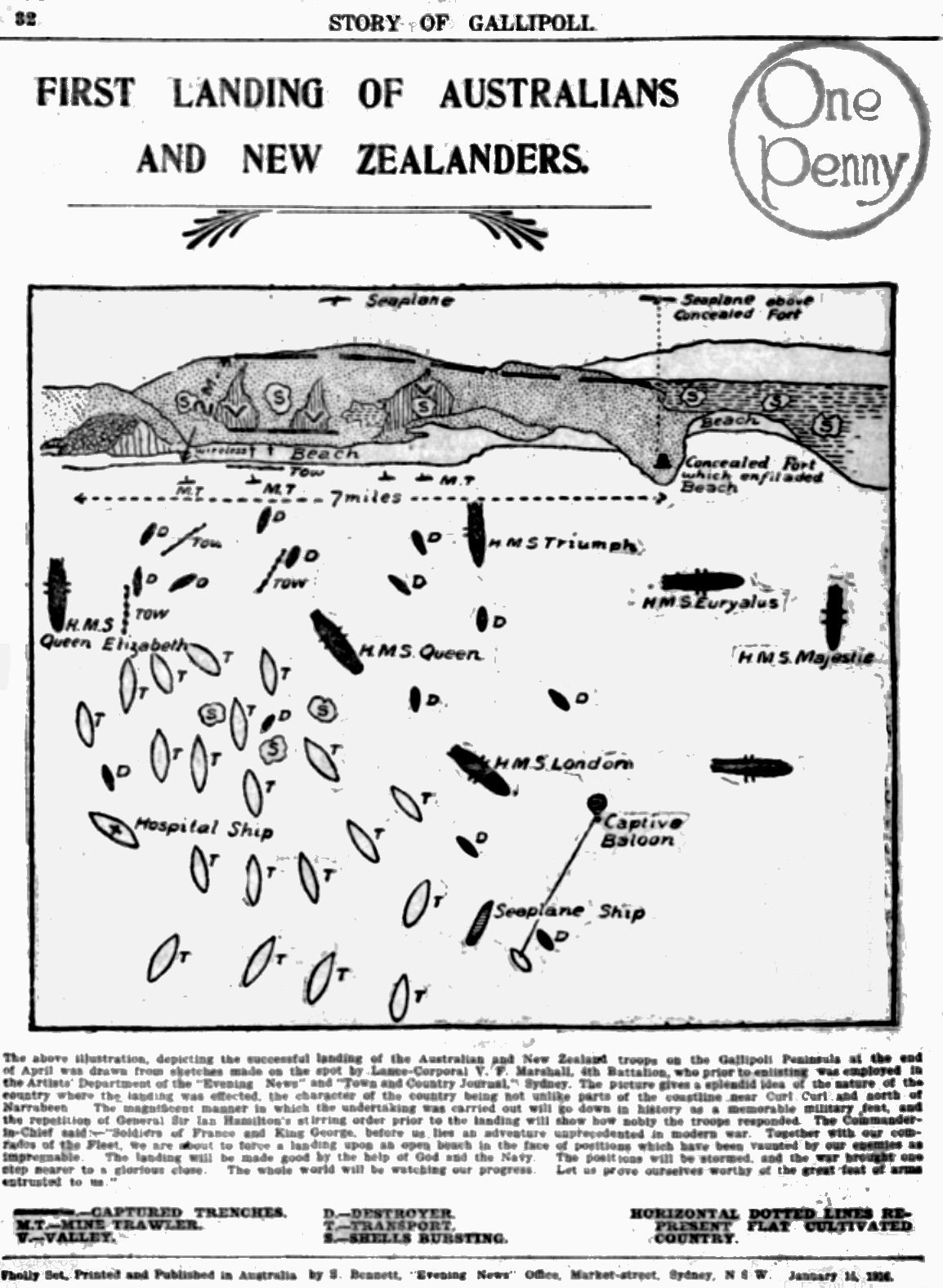 Following is an account of the landings from 20 year old Alan Andrews, a Corporal in C Company, 1st Bn, 1st Brigade.

At 4 o’clock we were awake, and when we reached the deck we saw the sight of our lives. All the way down the coast there were ships to be seen — troopships, warships and other small fry such as trawlers, torpedo boats and destroyers.

The Fleet opened fire, and the bombardment was terrific, especially from the ‘Lizzie’s guns. The troops were put into destroyers on which they ran in close to the shore. They then got into small boats and were towed ashore by steam pinnaces, or rowed ashore, as the case was.

The 3rd Brigade landed first on the beach about 5am and was followed by the 2nd and 1st. We landed at 6 am to reinforce the second brigade. All this time they were under fire, both rifle and gunfire.

The Turks who were well entrenched everywhere to the waters edge shelled the Brigade with shrapnel and a withering fire of rifle and machine guns. They evidently expected us to land lower down, as they had barbed wire right out into the water and all over the beach in front of the level plain. However we landed at the foot of a bunch of hills, up which we fought our way and which we now hold.

Many killed & wounded upon landing. Men who had packs in arm slings dropped them & fixing bayonets charged up the hills. The Turks not liking the steel ran. The boys soon drove them pell-mell up the hills These hills are very steep and the soil is very loose, thus very hard to climb. Very slow & tedious climbing cliffs. All the time under shrapnel fire. After that we went forward to firing line. Shrapnel fire terrible.

Just as we got to the top of the rise we received terrific fire of shrapnel & as we had no trenches had to beat a retreat. The fire was simply murder, men fell everywhere. So terribly mutilated, hands, faces, blown in stomachs etc.

When we arrived the enemy had all the guns trained on us, and having to file past the Indian Mountain Battery (the only artillery that landed with us) we got what was intended for them. Well, we rushed forward and were in the thick of it before we knew where we were. At our point in the line we advanced rather rapidly and they gave us hell with their shrapnel, causing us to retreat a little. We gathered together, fixed bayonets and charged back again and got within 400 yards of the guns, which they were trying to get away. We captured two machine guns & a field gun. If we had been reinforced strongly we would have taken the ridge in front, and thus held a position from where we could have given them a hot time on the left, where they are now strongly entrenched. However we were not, and although we were past their last trench, we had to go back to the main firing line. When night came on we entrenched right along and were reinforced by the 4th Brigade. We then entrenched everywhere strongly. The Aust. N.Z.A.C of about 8000 men reinforced us with artillery during the night. N.Z. went around the rear. Heavy fighting all night. It rained slightly during the night, but we worked on unmindful of anything like that.

Note Aust. N.Z.A.C are the letters which Alan used in his diary on the day of the ANZAC landings. 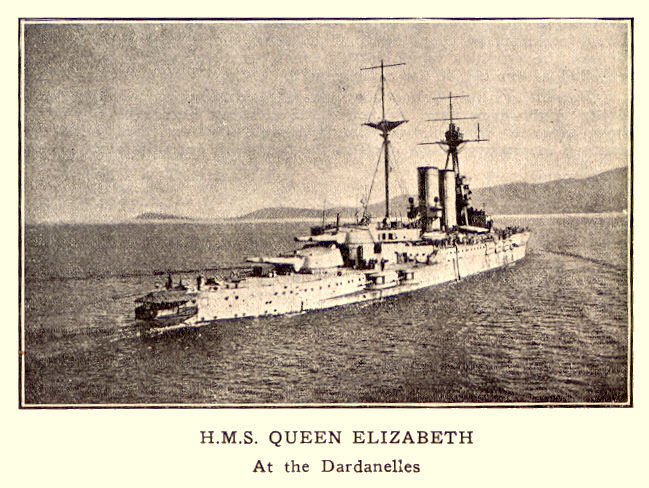 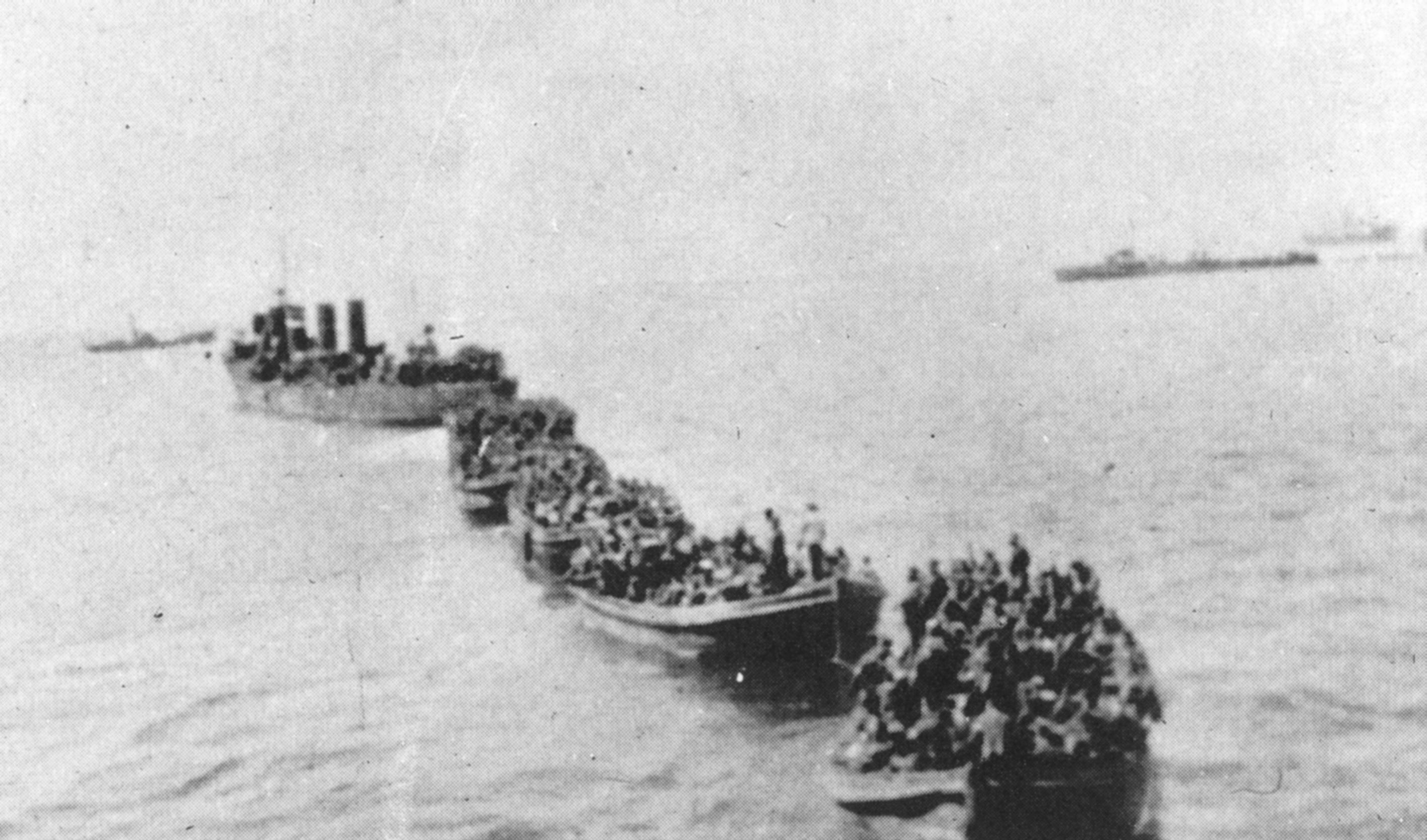 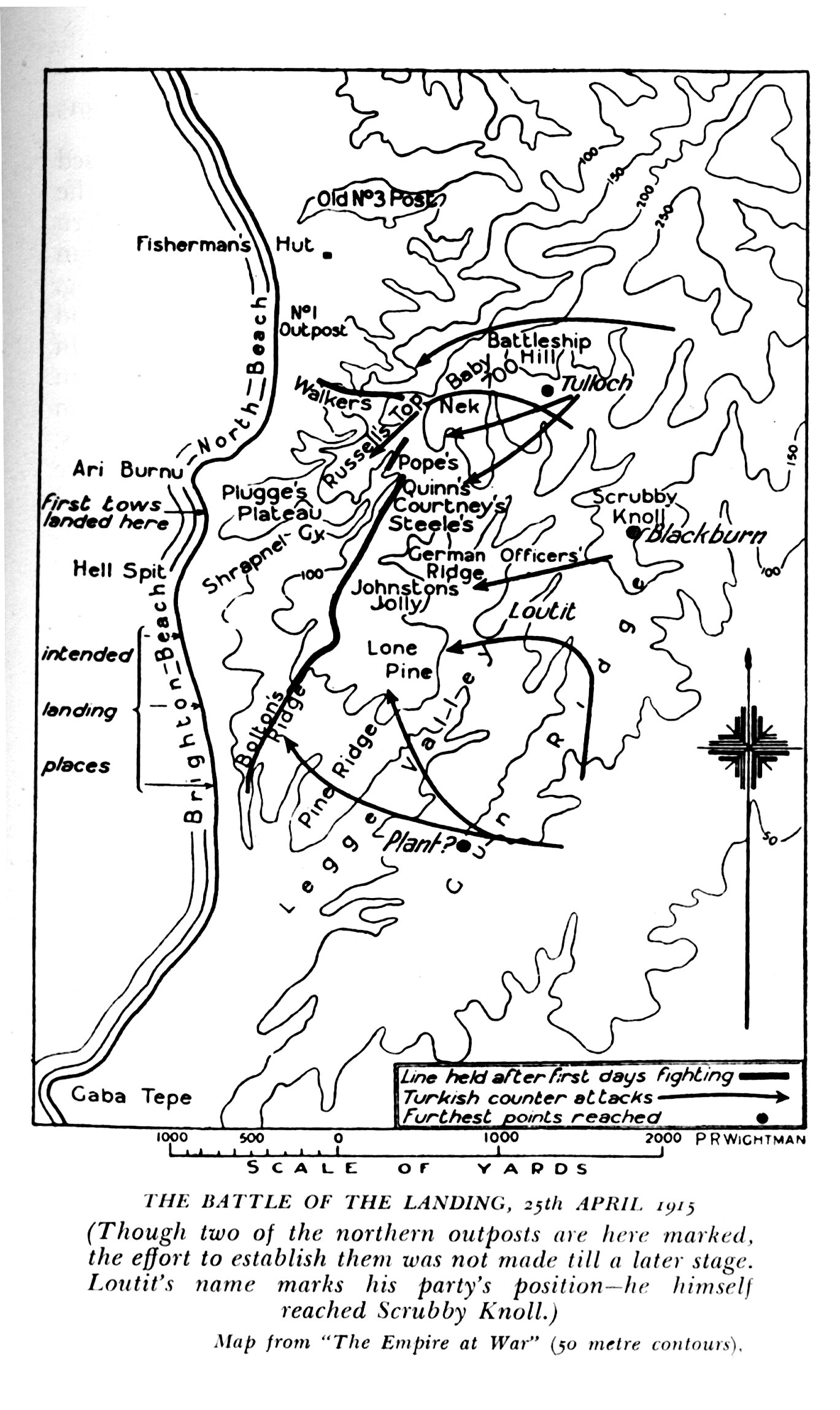 Alan Andrews also took some photos of his comrades and kept some newspapers clippings of their time at Mena Camp in Egypt before embarking for Gallipoli.

As we honour the memory of all Australians who served during times of conflict and in peacekeeping forces, please reflect on the lives of the young men of the 1st Bn shown in these photos.
[K.I.A.: Killed in Action, D.O.W.: Died of Wounds, R.T.A.: Returned to Australia, MC: Military Cross, MM: Military Medal.]

Guard Duty at Mena Camp Egypt, 1915. Source: Alan Andrews’ souvenir collection. [Click image to enlarge]
The soldiers in this newspaper photo were identified by Alan Andrews No325 as W (wounded) or D (died)

Back row (left to right):

L.Cpl Hector MCKENZIE, No341, was a 28 year old launch proprietor who enlisted on 24th August 1914. He embarked as a member of the 1st Battalion aboard the Afric. K.I.A. Gallipoli 10/05/15. Memorial Lone Pine Cemetery. 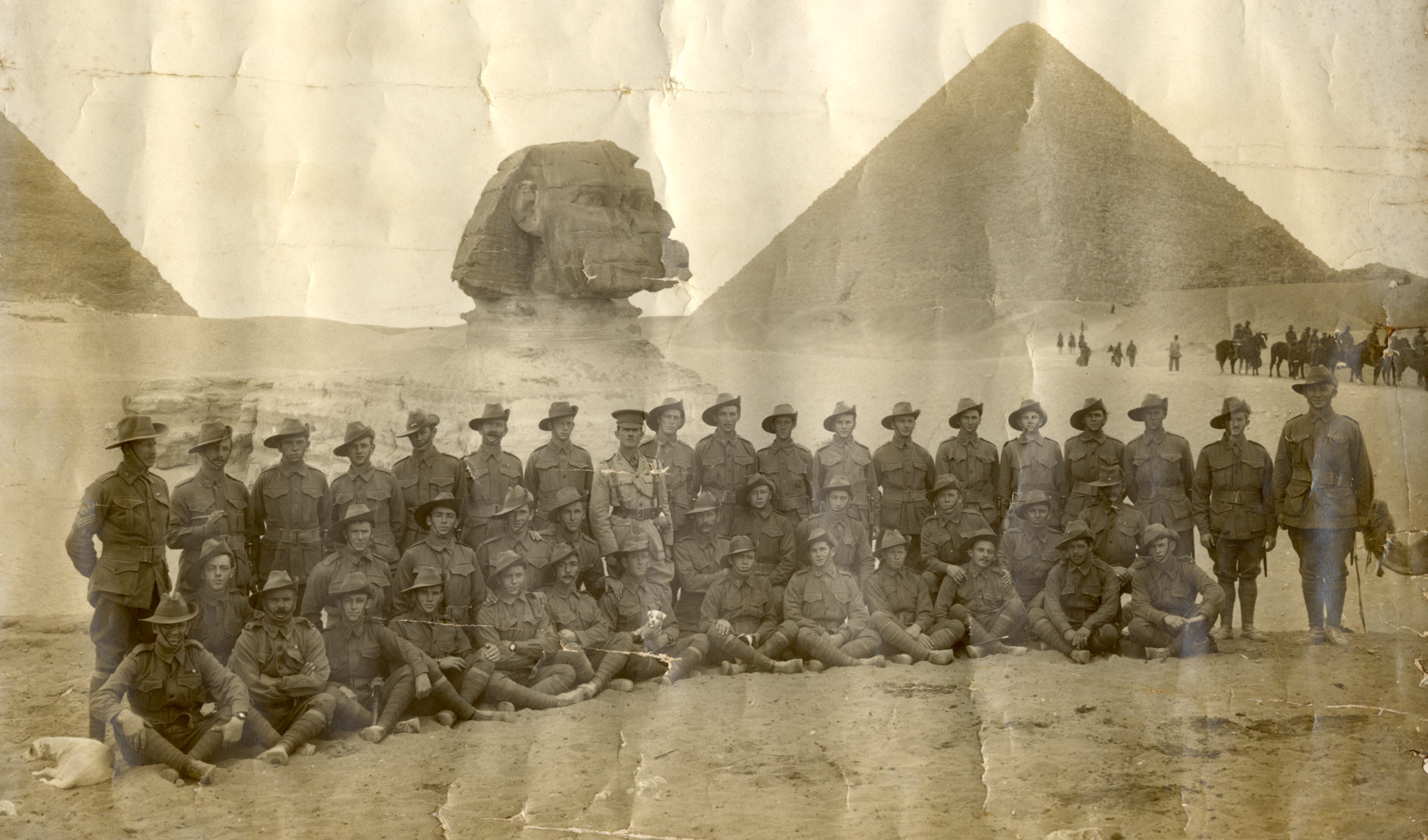 Company Sergeant Major James William MORRIS, No 320, was a 38-year-old photographer who enlisted on 17th August 1914. He embarked as a member of ‘C’ Company, 1st Battalion. Wounded twice at Gallipoli, Lt. Morris was also mentioned in despatches. R.T.A. March 1916.

Sgt R. Thomas BROWN, No 323, was a 26 year old iron workers assistant who enlisted on 21st August 1914 and had previously served as a sergeant in 31st Infantry militia unit and embarked as a member of ‘C’ Company, 1st Battalion. Sgt Brown returned to Australia on 20th January 1916.

Lt James Alexander, enlisted on 28th August 1914 and commanded 4th Platoon C Company 1st Bn before falling out with the Colonel and returning to Australia. He re-enlisted 1st May 1915 and joined the 20th Battalion, became Sgt Major and was a good soldier and returned to Australia on 11th March 1918.

Private Herbert George GRIEVES, No376, was a 19-year-old railway employee who enlisted on 26th August 1914 and had previously served in the 43rd Infantry Militia at Goulburn. Pte Grieves was killed in action on the Gallipoli Peninsula on 19th May 1915.

Lance Corporal Harold WILLIAMSON, No375, was a 24-year-old carpenter who enlisted on 24th August at Yass NSW. L.Cpl Williamson was killed in action on the Gallipoli Peninsula on 19th May 1915

Corporal Frank Alderly Charles GEORGE No 332 was a 20-year-old clerk from Annandale who enlisted on 28th August 1914 and had previously served in 31st Infantry militia unit. He embarked as a member of ‘C’ Company, 1st Battalion. K.I.A. Gallipoli 28/04/1915; mentioned in despatches. Memorial Lone Pine Cemetery.

Sergeant Edward (Ted) Rennix LARKIN, No321, was 34 years old and M.L.A. for Willoughby who enlisted on 21st August 1914. He embarked as member of ‘C’ Company, 1st Battalion. As a youth he had represented New South Wales and Australia in rugby union and joined the NSW Police force before becoming the first secretary of the New South Wales Rugby League from 1909 until 1913. He was killed during the Landing on 25th April 1915, Gallipoli, as was his brother Martin. [Cpl Alan Andrews No325 was promoted to Sergeant in the field to replace Sergeant Ted Larkin].

Private Horace (Henry) Arthur SANSOM No 425 had been a 30 year old labourer who had been born in London when he enlisted in the ANMEF with Service Number 525, RTA. Enlisted in AIF in Brisbane on 14 December 1914, served on Gallipoli and RTA 7 December 1915 and discharged. Died 9 October 1964 at Lidcombe.

Private Joseph Martin HANSEN No 410 was a 21 year old labourer living in Mosman when he enlisted on 28 August 1914. In the Battle of Lone Pine he received a shrapnel wound to his left arm and Invalided to Australia on 31 October 1915 for discharge. He was killed in a railway accident in 1924.

Sgt Private William Henry CHARLTON, No 349, was a 23 year old carter who enlisted on 8th August 1914 and had previously served in the 31st Infantry militia unit. He embarked as a member of ‘C’ Company, 1st Battalion. Sgt Charlton returned to Australia on 8th October 1918 as a member of 53rd Battalion

Sgt Ernest Clarence HARRIS, No1042, was a 20 year old law clerk who enlisted on 18th September 1914. He embarked as a member of the 1st Battalion aboard the Afric. K.I.A. Gallipoli 2/05/15. Memorial Lone Pine Cemetery.

Pte Cecil Arthur SMITH, No354, was a 26 year old English born fitter who enlisted on 21st August 1914. He embarked as a member of the 1st Battalion aboard the Afric. K.I.A. Gallipoli 5/06/15. Memorial Lone Pine Cemetery. 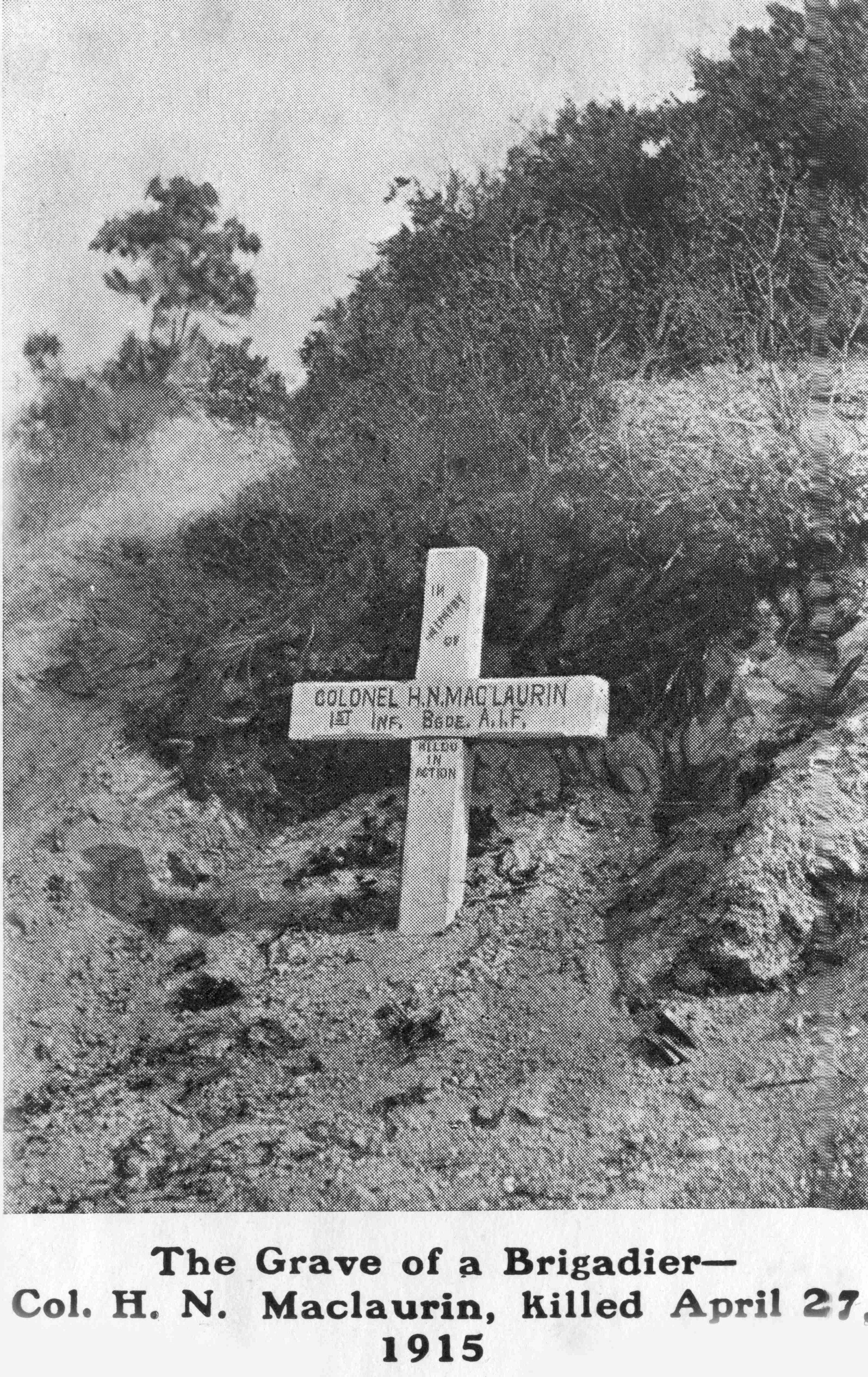 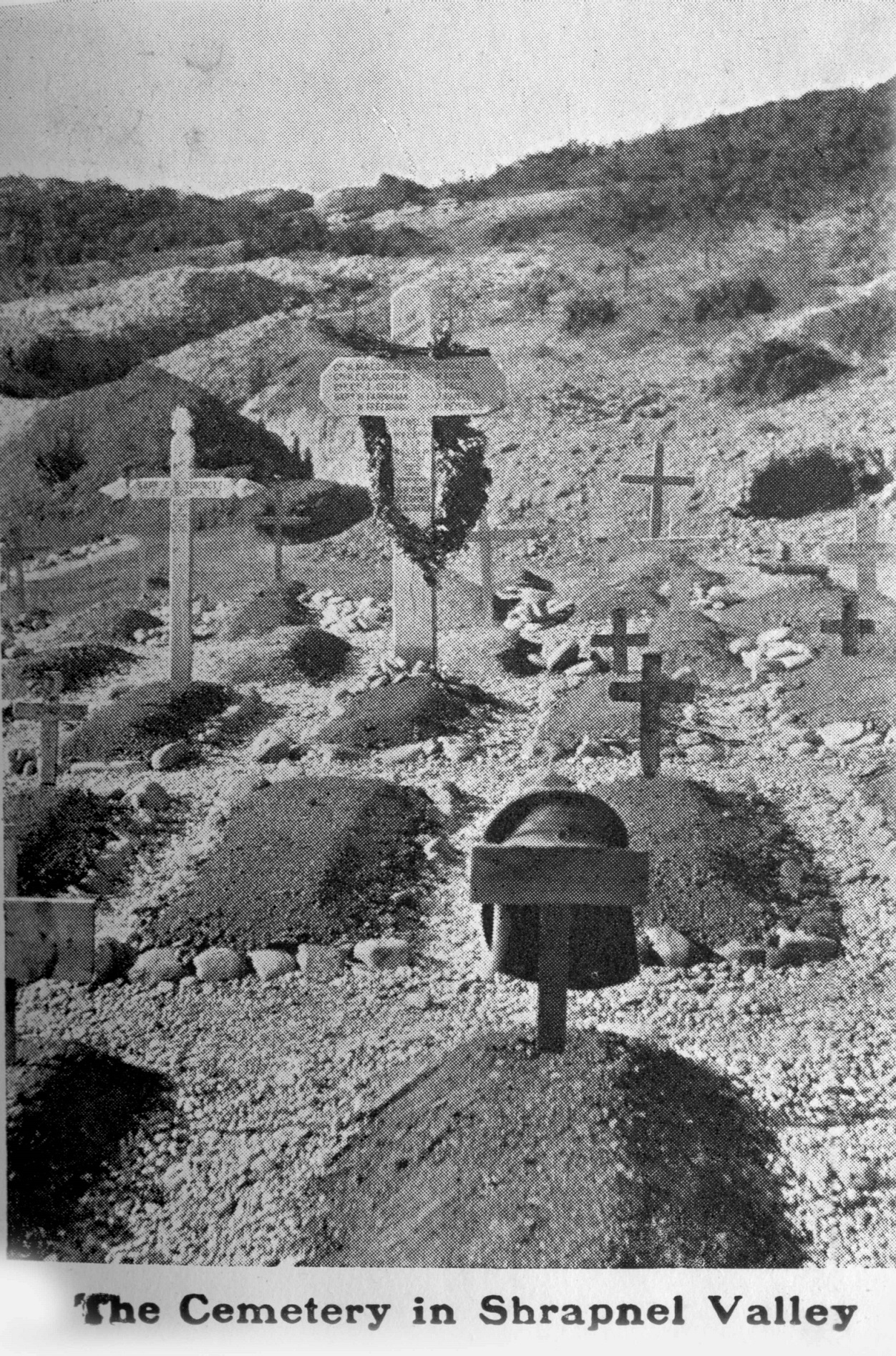 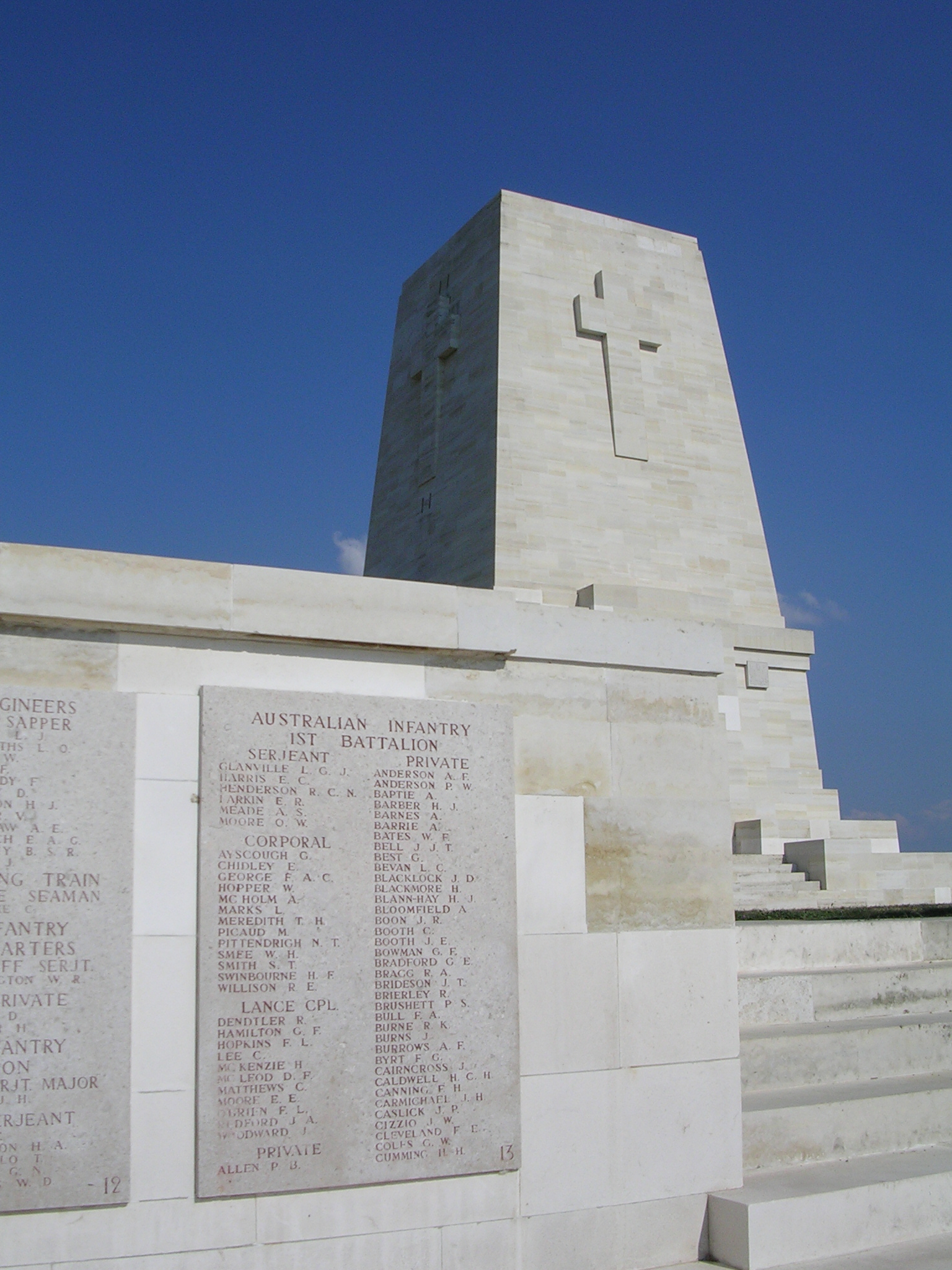 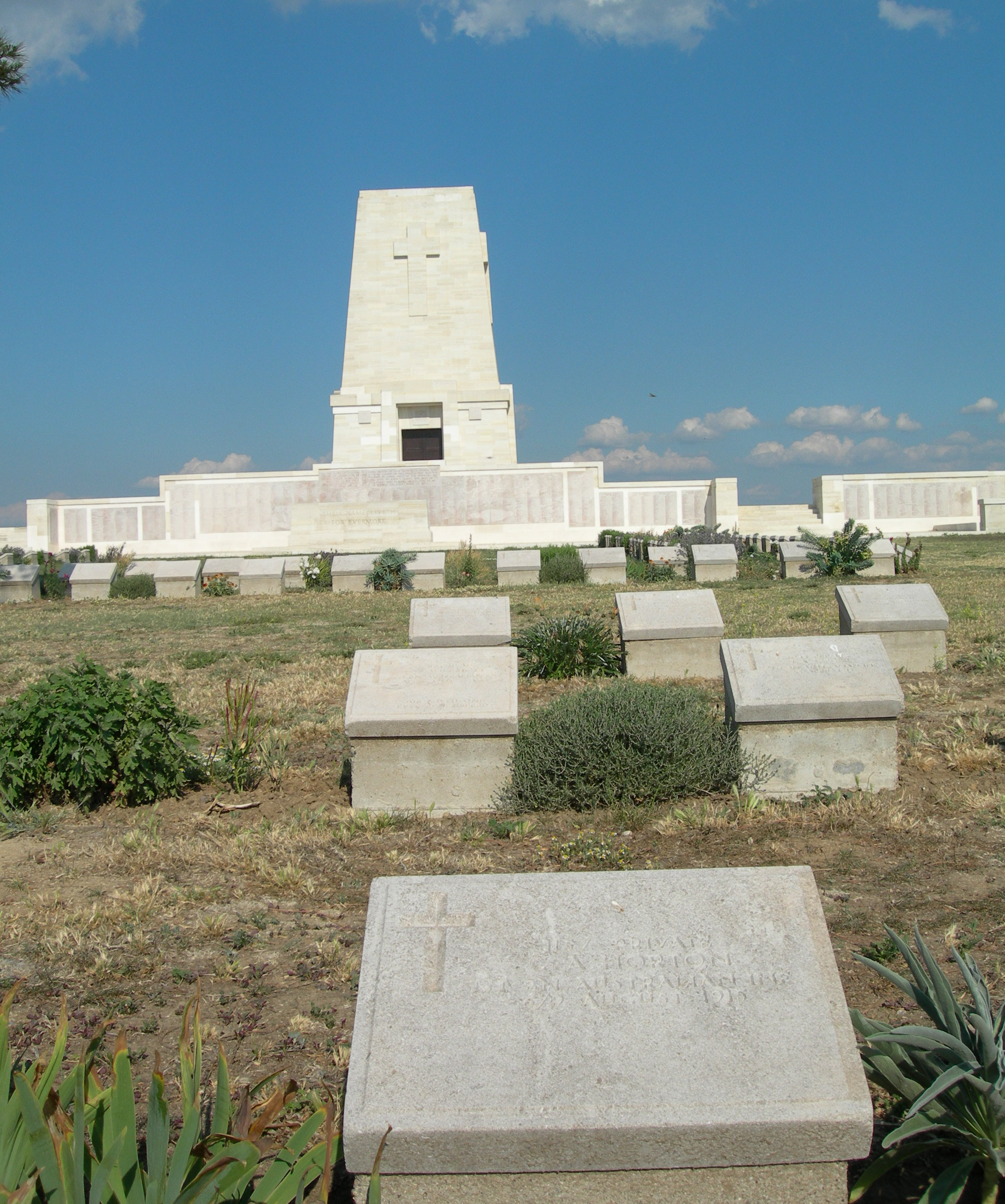 Alan Malcolm Dickson Andrews was born at Wingham, worked as a clerk in the Pay Branch of the Public Works Department of NSW and served in the 31st Infantry Battalion of the militia as a Sergeant before enlisting on 17 August 1914 with Service No. 325. He served on Gallipoli in C Company of 1st Bn. After returning to Egypt, he transferred to 53rdBn and was promoted to Company Quartermaster Sergeant. In July 1916, the 53rd Bn was transferred to the training camps on the Salisbury Plain in England. Alan was killed in a motor vehicle accident on St Patrick’s Day 17 March 1917 and is buried in St Ediths Churchyard, Baverstock (Wiltshire, UK) with 28 other Australian soldiers. An ANZAC Service has been held annually at Baverstock since 2006.
See http://fffaif.org.au/?p=252 and http://fffaif.org.au/?p=4007 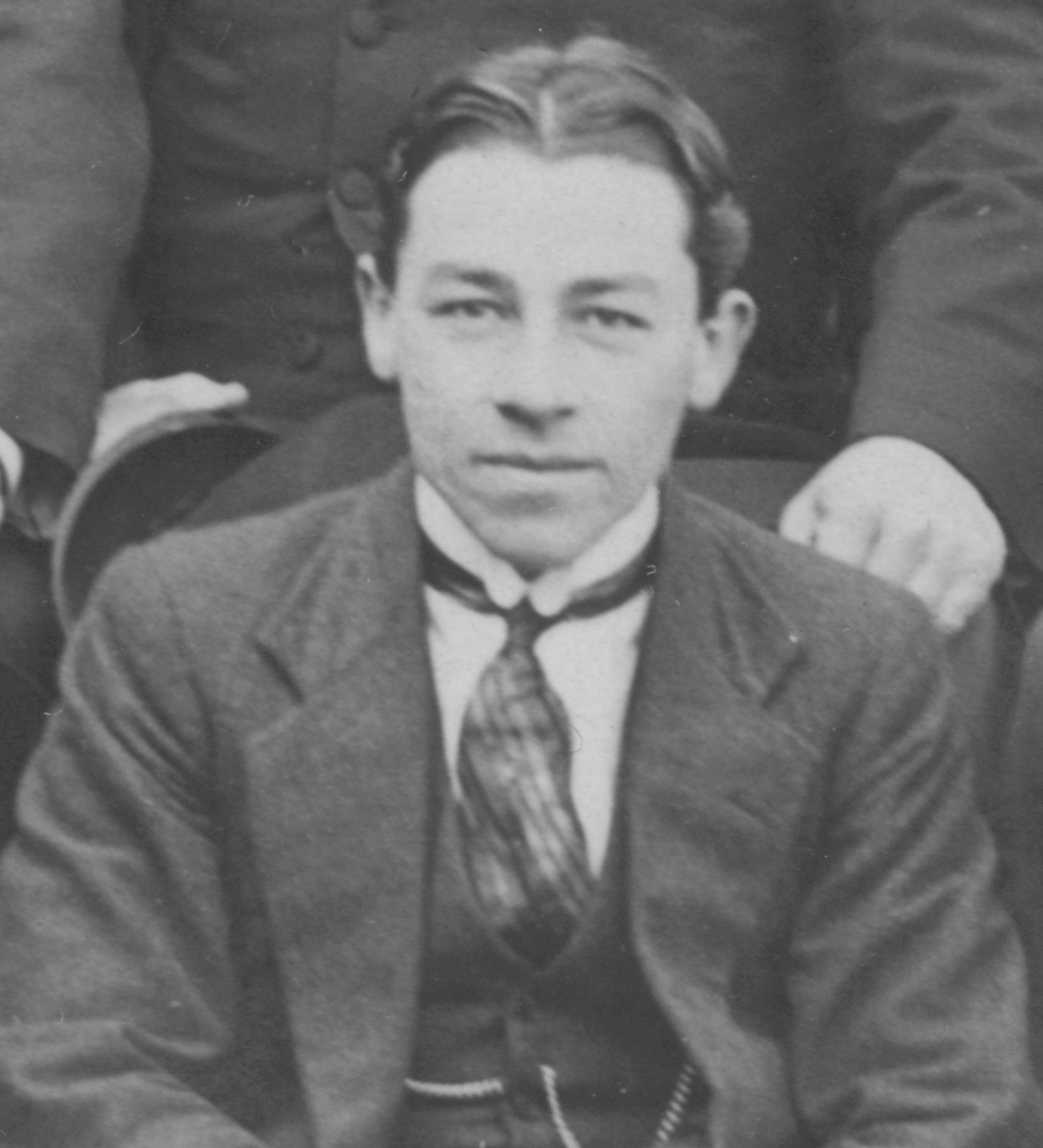 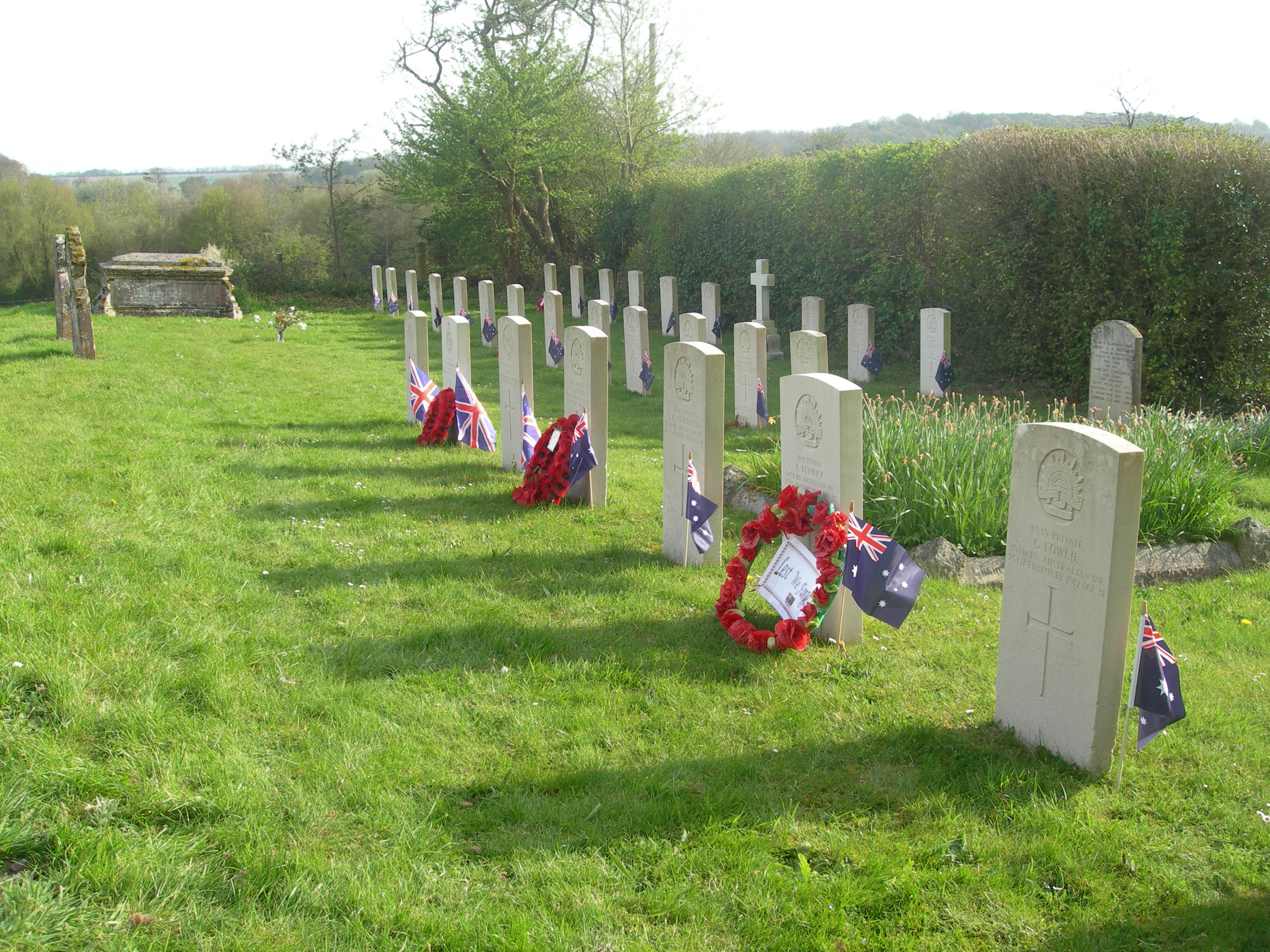 A tribute to CQMS Alan Andrews and all soldiers of the First AIF
by Jim Munro on behalf of Alan’s nephews and nieces and their families.

This entry was posted in ANZAC Day, Diggers of First AIF, Gallipoli. Bookmark the permalink.